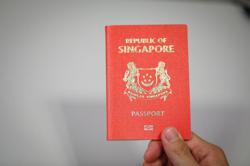 The number of babies born here fell to a 10-year low last year, while total deaths were the highest in almost a century.

The recession and massive uncertainties due to the Covid-19 pandemic may be leading some couples to put off expanding their families, experts say, even though most newborns last year were conceived before the pandemic.

The double whammy of falling births and steadily rising deaths due to an ageing population has serious implications for society, from slower economic growth to fewer people supporting seniors.

The data was contained in the Singapore Demographic Bulletin Fourth Quarter 2020 report posted on the Immigration and Checkpoints Authority website at the end of last month. The figures for last year are provisional.

The number of deaths last year was the highest since at least 1931.

National University of Singapore (NUS) sociologist Dr Tan Ern Ser said: “On the declining births for 2020, many would jump at attributing the decline to the pandemic. But the majority of the babies would have been conceived pre-pandemic.”

But Prof Jean Yeung, founding director of the Centre for Family and Population Research at NUS, said: “When the economy is uncertain and people lose their jobs or worry about losing their jobs, they usually postpone major life events such as getting married or having a baby.”

The fuller impact of the pandemic on births will be seen only from this year onwards, the academics say.

Marriages fell by about 6% in 2019 from the year before, which could be one reason why fewer babies were born last year.

Prof Yeung said marriage and birth numbers are closely related as only a very small number of babies are born out of wedlock here.

Besides, women here are marrying at an older age and this affects their fertility, said Dr Tan Poh Lin from the Lee Kuan Yew School of Public Policy at NUS.

The number of births in developed countries such as France, Italy and Spain also plunged last year, the Financial Times reported, as the pandemic ravaged the economy and family expansion plans.

Meanwhile, the number of deaths has risen steadily and will keep going up given Singapore’s rapidly ageing population, the experts said.

This makes the republic’s population one of the fastest-ageing in the world, Prof Yeung pointed out. — The Straits Times/ANN