This article is republished from a three-part newsletter series – “Decoding China’s Two Sessions 2021” – curated exclusively for our digital subscribers.

To access this newsletter series and others like it in the future, please support SCMP with a digital subscription and gain access to unrivalled coverage of the ‘two sessions’ and trusted analysis about China‘s growing impact around the world.

More than 5,000 members of China’s political elite have converged on Beijing for the biggest event on the political calendar.

Known as the “two sessions”, or lianghui, the annual gatherings of the Chinese People’s Political Consultative Conference (CPPCC) and the National People’s Congress (NPC) are a window on the central government’s priorities and plans for the coming year.

Some key takeaways from the report:

The GDP target is generally in line with the expectations of those analysts who predicted there would be a growth target for this year. China will increase lending by big banks to small businesses by more than 30 per cent this year, continue fintech clamp down

China plans to increase the number of “inclusive” loans offered by its biggest banks to micro and small businesses by more than 30 per cent in 2021, Li said.

Chinese SMEs should use Hong Kong as a channel for funding, stock exchange’s former CEO says

China sets out comprehensive plan to upgrade its manufacturing capabilities by 2025 in eight priority areas.

The need for continued vigilance on Covid-19; may not open border until 2022

Efforts to contain the Covid-19 pandemic must not be relaxed, Li said, and the nation must work to address the remaining weak points in its control efforts.

Beijing will increase spending on its military more than expected this year.

China is hoping for an “appropriate” fertility level this year as the country faces up to its growing demographic challenge.

We will address prominent housing issues in large cities [and] make every effort to address the housing difficulties faced by our people, especially new urban residents and young people
Li Keqiang 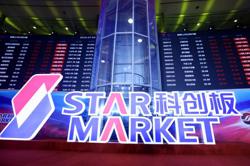