Up for a Moon voyage? Japan mogul offers space seats

Galactic trip: Maezawa paid an undisclosed sum for the lunar voyage, which is expected to launch in 2023 at the earliest. — Reuters

Tokyo: It’s the sort of chance that comes along once in a blue Moon: a Japanese billionaire is throwing open a private lunar expedition to eight people from around the world.

Yusaku Maezawa, an online fashion tycoon, was announced in 2018 as the first man to book a spot aboard the lunar spaceship being developed by Elon Musk, SpaceX.

Maezawa, who paid an undisclosed sum for the trip expected to launch in 2023 at the earliest, originally said he planned to invite six to eight artistes to join him.

“I’m inviting you to join me on this mission. Eight of you from all around the world, ” he said.

“I have bought all the seats, so it will be a private ride.”

“I thought there might be delays but everything is on schedule, ” said Maezawa.

The rejigged project will “give more people from around the globe the chance to join this journey. If you see yourself as an artiste, then you are an artiste, ” Maezawa, 45, said.

In all, he said 10 to 12 people will be on board the spaceship, which is expected to loop around the Moon before returning to Earth.

The first stage of the selection process runs to March 14, with applicants needing to pass medical checks and, eventually, an interview with Maezawa.

Two recent Starship prototypes have exploded during testing, underscoring the risks for Maezawa and his fellow passengers.

“Elon Musk says there is no problem and I believe him, ” said Maezawa. — Agencies 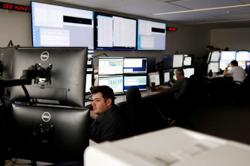 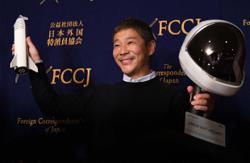