The pictures – two black-and-white and one color – were shot recently by China's Tianwen 1 robotic probe when the spacecraft was travelling in Mars orbit, according to the administration.

The two black-and-white 7-metre-resolution images were taken by the high-definition camera on Tianwen 1's orbiter when the probe was about 330 to 350 kilometres above the Martian surface. Craters, mountain ridges and sand dunes on the red planet are clear on the pictures.

The colour picture was generated by another camera on the orbiter, showing Mars' north pole.

The 5-metric ton probe, which consists of two major parts -- the orbiter and the landing capsule- has flown for 224 days and about 475 million km. Currently, it is about 212 million km away from Earth, according to the administration.

It entered its preset parking orbit above Mars on Feb 24 and would fly in this orbit for about three months before releasing its landing capsule, said the administration.

All of the seven mission payloads on the orbiter will be gradually activated during the probe's stay in the parking orbit to carry out scientific tasks and also to observe and analyze the landforms and weathers of the optimal landing site, it noted.

The Tianwen 1 mission's ultimate goal is to land a rover in May or June on the southern part of Mars' Utopia Planitia – a large plain within Utopia, the largest recognized impact basin in the solar system – to conduct scientific surveys.

Weighing about 240 kilograms, the rover, which has yet to be named, has six wheels and four solar panels and is able to move 200 metres per hour on Mars.

It carries six scientific instruments including multispectral camera, ground-penetrating radar and meteorological measurer, and is expected to work about three months on the planet.

If the highly autonomous machine functions well, it will become mankind's sixth rover ever deployed on Mars, following its five predecessors from the United States.

The most recent operation by a rover was started by the US' Perseverance at the Jezero Crater since Feb 19 (Beijing time).

Tianwen 1 is the world's 46th Mars exploration mission since October 1960, when the former Soviet Union launched the first Mars-bound spacecraft.

Only 19 of those missions were successful. - China Daily/Asia News Network 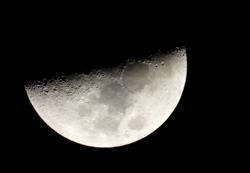