This photo taken on January 30, 2021 shows a Thai AirAsia Airbus A320 passenger airplane flying over an empty beach as it lands at Phuket International Airport in Phuket. - AFP

BANGKOK (SCMP): At Phuket’s Chalong pier, boat driver Mang is in rare, high spirits: he has just had his first paying guests in two months. But for other tour boat operators in the area, surviving until the Thai borders fully reopen to tourists is another question.

“Some owners without savings have sold the boats, some have laid off workers,” Mang says as he surveys the lines of idling tour boats around the pier, where in pre-pandemic times they would quickly whisk off the waiting tourists to sea, zipping them through hidden coves among the many offshore islands.

“My boss is trying to ride it out for a little while longer, just to help his staff. But who knows for how long?”

With foreign and domestic tourists staying home and Thailand imposing a two-week quarantine for those braving travel, Phuket is facing an economic wipeout, with the inventory of closed hotels, bars and tour businesses growing longer each week. Sout-East Asia’s second-largest economy saw 6.1 per cent shaved of GDP last year, much of it from the collapse of the tourism industry, which makes up around a fifth of Thailand’s economy and employs millions, from resort staff to tuk-tuk drivers.

Phuket, which pulled in 10 million visitors in 2019 – mostly from China – has been hit disproportionately hard.

Eighty per cent of tourism businesses on the island have gone bust, according to Bhummikitti Ruktaengam, president of the Phuket Tourist Association.

Island officials are now seeking to leapfrog the national government’s plans for a vaccine roll-out by procuring their own jabs.

“The aim is to get 70 per cent of Phuket’s population inoculated at a rate of 2,500 a day to be fully reopened by October 1,” Bhummikitti said.

“We need to open up without quarantine, this is the only way Phuket will survive,” he said. “We’re not going to sit around waiting for mercy. We will order vaccines directly and we won’t take any of the government quota. Then we can declare ourselves an immunity island.”

Some Phuket businesses have begun the process of procuring their own Covid-19 vaccines, although Thailand’s Food and Drug Administration has only approved the Oxford-AstraZeneca and Sinovac vaccines.

Meanwhile, the government is sending 60,000 of the doses it has on order to Phuket, which will be given between March and May but with priority going to high-risk groups like the elderly. Thailand already offers a warm embrace to foreign tourists with enough money, time and bravery to travel, giving them the option of completing their mandatory two-week coronavirus quarantines at golf resorts or luxury villas.

The Tourism Authority of Thailand (TAT) plans on reeling in foreign tourists ranging from cryptocurrency millionaires to popular social-media influencers to meet its goal of achieving eight million arrivals from July until the end of the year, pinning its hopes on vaccine roll-outs and the end of lockdowns worldwide.

The TAT expects Chinese, Korean and Japanese tourists to make their way back to Thailand first, followed by sun-seeking Westerners, most of whom have been trapped at home for endless months.

But time is not on the side of the tourist-reliant areas of Thailand.

From Pattaya to Phuket, Krabi to Chiang Mai, business owners complain of a lack of government support for their workers as well as a slow nationwide vaccine roll-out. The mandatory two-week quarantine for foreign travellers, they say, rules out all but the hardiest and wealthiest tourists. 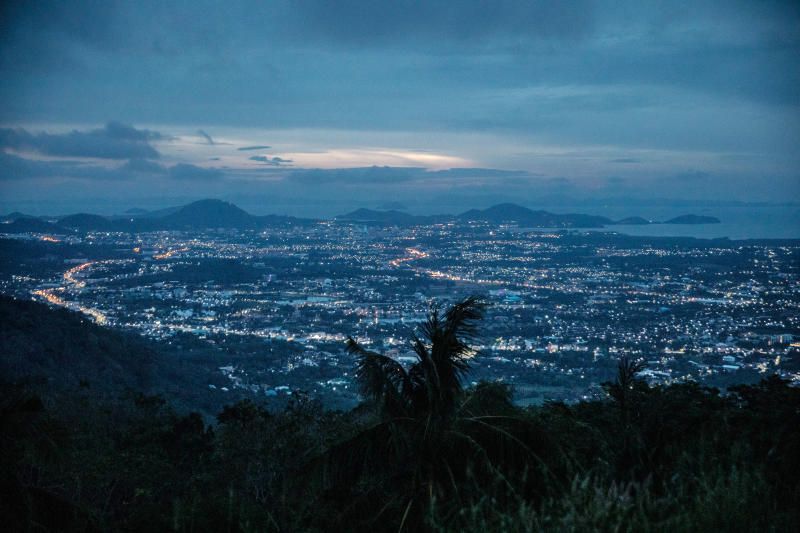 Pressure is mounting on the government to jolt life back into the flatlined tourist economy. Big business has been unusually critical of the sluggish government response in protecting the country’s cash-cow industry.

Bill Heinecke, the chairman of Minor International, which runs more than 500 hotels in 55 countries, recently published an open letter to Prime Minister Prayut Chan-O-Cha’s office, saying that coronavirus vaccines are the “single ray of hope” for the country.

He has also called Thailand’s economy a “disaster”, saying that the government’s policy of “maintaining zero cases of local transmissions by keeping the country hermetically sealed” has come at the economy’s expense.

Prayut on Tuesday appeared to give ground on loosening restrictions on foreign arrivals, floating the idea of a “vaccine passport” that would allow overseas tourists who have received a coronavirus jab to bypass the quarantine.

On Phuket, though, islanders have been forced to hunker down and live on what little savings they have left until the foreign tourists stream back in. “Everyone is folding, it’s awful,” said Trairat Todtaen, a 51-year-old taxi driver who says he now goes days on end without a single customer.

“Some people are selling their properties to survive, or going to banks for loans. But for a lot of the islanders, the banks won’t give loans for the second or third time.”

Occupancy rates at some sprawling, high-end clifftop resorts are down to around 10 per cent on holiday weekends, tour buses are gathering dust in car parks and the beaches are empty – bringing daily dismay to locals who sell food and rent out kayaks and snorkelling gear.

Occupancy rates at some sprawling, high-end clifftop resorts are down to around 10 per cent on holiday weekends, tour buses are gathering dust in car parks and the beaches are empty – bringing daily dismay to locals who sell food and rent out kayaks and snorkelling gear.

Locals seethe with disdain for a central government they accuse of soaking up tax revenues the island generated from the tourist trade in pre-pandemic times but which they say abandoned them when times got tough.

The island is the “goose that lays the golden eggs” and therefore deserves more than the small handouts and relief packages offered to it and Thailand’s other 76 provinces in equal measure, said Don Limnunthaphisit, president of the Phuket Old Town tourism community.

“All of the 76 geese are sick with flu – but the golden-egg goose is sick with cancer,” he said. “Yet the government is only prescribing paracetamol. It won’t work, we will die.” - South China Morning Post
Article type: free
User access status: