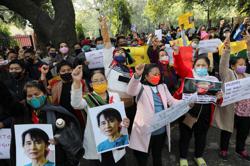 In this file photo taken on February 9, 2021, a general view shows debris of Rishi Ganga hydroelectric power plant on the Rishi Ganga River, near Raini Chak Lata in Chamoli district following a flash flood thought to have been caused when a glacier broke off on February 7. Long before this month's deadly flash flood in a remote Indian Himalayan valley, experts said that all the construction work in the fragile region would one day mean disaster. - AFP

A huge chunk of a glacier fell into the Alaknanda river system in Uttarakhand state on February 7 triggering a massive flood that washed away parts of two hydropower plants, roads and bridges in the region.

At least 68 bodies had been recovered after the Himalayan region was hit by one of its worst tragedies in recent years, senior state disaster management official Piyoosh Rautela said.

Anyone still untraced will be declared dead to allow the government to start the process of compensating the families, Rautela told dpa by phone from state capital Dehradun.

This was also being done as families have to deal with legal and property matters after the passing of their kin, he said.

"The process of issuing death certificates will begin today and should be completed in a month. There are several issues involved as claims are made and police inquiries take place, all this takes time,” Rautela said.

The victims were washed away by raging floodwaters or buried by debris on the river bed. Some 35 workers were trapped as slush and debris flooded a tunnel at the Tapovan power project and only a few bodies were found.

A multi-agency search and rescue operation has been under way and authorities say search efforts to locate the missing will continue although the chances of finding survivors was remote.

Uttarakhand is an ecologically sensitive region prone to flash floods and landslides. Scientists have been investigating what caused the glacier to burst even as environmentalists blamed the disaster on rampant construction activities and climate change weakening the glacier.

Under Indian rules, people who have gone missing in a natural calamity are usually declared dead if they have not been heard of for seven years, but officials say the move was initiated to speed up the compensation process. - dpa
Article type: metered
User Type: anonymous web
User Status:
Campaign ID: 18
Cxense type: free
User access status: 3 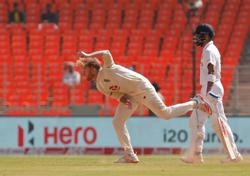 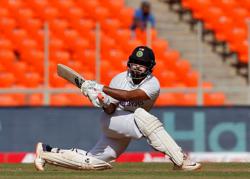