JAKARTA, Feb 8 (dpa): Flights were cancelled in Indonesia on Monday after a volcanic eruption on Java island forced a nearby airport to close, officials said.

The Raung volcano in Banyuwangi district began erupting on Sunday, spewing ash up to 2,000 metres into the sky, according to the Indonesia's volcanological centre.

There were no reports of casualties.

The Lion Air group said it cancelled six flights to and from Banyuwangi on Monday because of the airport's temporary closure.

"The closure was caused by the eruption of Mount Raung. Volcanic ash can damage the components of an aircraft and endanger flights," said Lion Air spokesman Danang Prihantaro.

According to the ministry, 13,038 more people were discharged from hospitals, bringing the total number of recovered patients to 963,028. 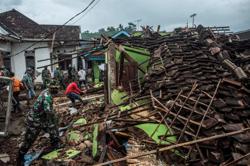 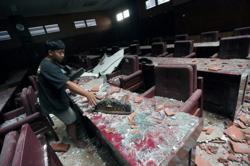