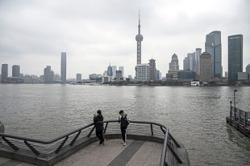 Representatives of signatory countries are pictured on screen during the fourth Regional Comprehensive Economic Partnership (RCEP) Summit held online during the Asean Summit on Nov 15, 2020.- Courtesy of Indonesian Trade Ministry

JAKARTA (The Jakarta Post/ANN): The Indonesian government is expecting the mega deal Regional Comprehensive Economic Partnership (RCEP) to help Indonesia book double-digit growth in exports and investment within five years after it comes into force, a top official has stated.

Deputy Foreign Minister Mahendra Siregar said Wednesday (Jan 20) the RCEP was estimated to help boost Indonesia’s overall exports by 11 per cent and investment by 20 per cent within five years after the trade deal takes effect, which is expected to happen in 2022 or 2023, pending the ratification process.

The optimistic outlook is based on the compound annual growth rate of 7.3 per cent in Indonesia’s exports to the RCEP markets between 2015 and 2019, according to Mahendra.

Moreover, RCEP countries also accounted for around two-thirds of foreign direct investment (FDI) in the country during the same period.

“It is a significant figure and a consistent growth, ” Mahendra said in a virtual event.

“This is a big change because of integration and efficiency, and then creation of larger export and investment.”

Indonesia joined the other members of Asean, as well as Australia, China, Japan, South Korea and New Zealand in signing the world’s largest trade deal in November last year.

The trade pact, which is expected to be the world’s largest free trade agreement, represents 30.2 per cent of the global economy and 27.4 per cent of global trade, according to the Indonesian Trade Ministry, quoting data from the International Monetary Fund and the World Bank.

Supported by China’s recovery from the pandemic-induced downturn, Indonesia still managed to book growth of 10.08 per cent year-on-year (yoy) to US$8.94 billion in its export to the RCEP countries as a whole in November last year, according to the latest data available from Statistics Indonesia (BPS).

Furthermore, FDI realisation from RCEP countries — excluding Laos, Myanmar and Cambodia — still showed an increase of around 9.93 per ent to $17.77 billion in the January–September period in 2020, compared to the same period in 2019, according to the Investment Coordinating Board (BKPM).

Coupled with the recently passed Job Creation Law, Mahendra said the RCEP was expected to accommodate Indonesia’s recovery from the Covid-19 pandemic.

The pandemic has caused the country’s gross domestic product (GDP) to decline by around 3.49 per cent yoy in the third quarter of 2020, pushing the economy into its first recession in two decades.

jobs law, which revises more than 79 laws and eliminates thousands of previous provisions, is aimed at boosting investment and creating jobs in Southeast Asia’s largest economy.

In a bid to improve the country’s investment climate, the government has also issued 20 out of 44 draft regulations to implement the jobs law, which is expected to be signed by the President in February, according to Coordinating Economic Minister Airlangga Hartarto.

“With the momentum created by the RCEP and the jobs law, this is a big opportunity for us to not only rebound, but also recover stronger and more sustainably, ” said Mahendra.

The trade deal will not only give greater market access, but also open up new markets for Indonesia’s manufacturers, according to Bimo Grahito Wicaksono, the acting head of the Asean and dialogue partners division in the International Industrial Cooperation Directorate General.

China, for example, has committed to eliminate three tariff lines for paper products.

“This is the industrial sector that we always brought up in the negotiation so that China would give [the market access], ” said Bimo.

“This is very important for the pulp and paper industry so they can benefit from this market access, although China will [gradually] eliminate [the tariff lines] within 10 years.”

State-owned Bank Mandiri economist Andry Asmoro said the RCEP’s impact on Indonesia’s export was expected to take some time, either this year or in 2022.

The momentum for recovery is important for RCEP countries, since it will also revive demand for Indonesian products.

“It will boost demand for Indonesia’s exports, ” said Andry.