BANGKOK, Jan 17 (The Nation Thailand/ANN): Prime Minister Prayut Chan-O-Cha has said he would not risk Thai lives by rushing to approve vaccines that have not been fully tested.

In a message on his Facebook page on Sunday, the PM refused to let Thais be guinea pigs.

The PM alluded to recent news about side-effects or adverse effects from Covid-19 vaccine in some foreign countries.

He said Thailand must wait to hear opinions of experts on whether the symptoms were vaccine-related, or other factors, such as certain medical conditions, physical condition, or age, including whether the rate of side-effects is acceptable?

He said some countries wanted to start vaccination early, even before the efficacy and safety of the vaccine had been fully tested.

"I have an important policy -- to ensure that the vaccine is safe, so it can be used for Thai people," he said.The National Vaccine Committee will advise and closely supervise the whole process, he said.

Success in curbing Covid-19 can be better achieved by cooperation and implementation of various measures, especially wearing a mask at all times, frequently washing hands, and social distancing.

In addition, if you want the disease control to be effective, scan the QR Code "ThaiChana" every time you are in public, and using the app "MorChana" will be very good, he said. 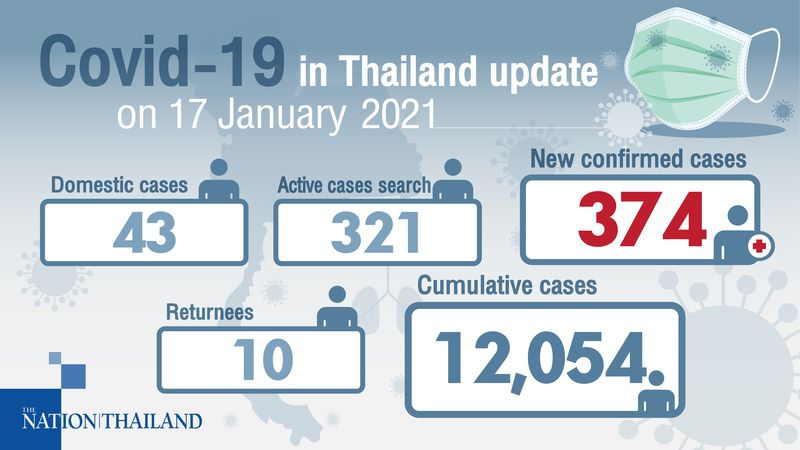 Of the total, 10 had arrived from foreign countries.Six are Thai nationals -- three coming from Malaysia, one from Qatar, one from United States, and one from Denmark.

An American man, a German man, and two Indians flying in from their respective countries also tested positive.

Of the new cases, 43 were exposed to the virus while visiting high-risk areas. Provinces with the highest number of infections are Bangkok with 10 and Samut Sakhon with 24.

Meanwhile, 109 patients have recovered and been discharged.

The total number of confirmed cases in Thailand has risen to 12,054 – 9,777 of which were contracted domestically including 3,707 found via proactive testing, and 2,277 returnees.

So far, 9,015 have recovered and been discharged, 2,969 patients are still in hospital and the death toll remains at 70.

CCSA spokesman Dr Taweesin Visanuyothin said 7,817 cases had been found in the second wave since December 18.

He said there was a downward trend, but peak daily numbers were seen in the red-coded areas, including Bangkok. 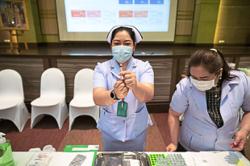