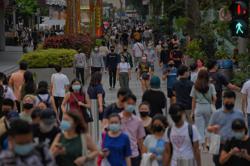 There were 24 new coronavirus cases confirmed as at Saturday noon (Jan 16), taking Singapore's total to 59,083. - The Straits Times/Asian News Network

These included 19 imported cases who had been placed on stay-home notice or isolated on arrival in Singapore, said the Ministry of Health (MOH).

There were also four cases in the community and one from workers' dormitories.

On Friday, a 57-year-old Singaporean housewife was the only locally transmitted coronavirus case reported, said the Ministry of Health.

The patient, whose case is currently unlinked, was detected when she took a Covid-19 pre-departure test on Wednesday for a trip to Vietnam.

Her results came back positive on Thursday, and she was taken to the National Centre for Infectious Diseases in an ambulance.

The ministry also announced on Friday that there were 29 imported cases.

They included 13 work permit holders who arrived from Bangladesh, India and Myanmar, five of whom are foreign domestic workers.

There were also a Singaporean and five permanent residents who returned from the United States, Britain and India.

Separately, the Ministry of Foreign Affairs said on Friday that the Singapore-Japan Reciprocal Green Lane (RGL) has been suspended until the state of emergency in Japan is lifted.

With 14 cases discharged on Friday, 58,756 patients have fully recovered from the disease. A total of 51 patients remain in hospital, and none is in intensive care. 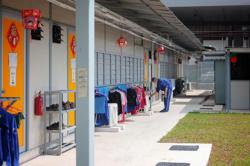