Biology teacher Wahyu Adi Prasetyo (left) and English teacher Rantiyani use mobile phones to interact with their students during online classes in South Tangerang, Banten, on Aug. 10. - JP/ANN This article was published in thejakartapost.com with the title "Language-learning platform Cakap secures $3m in series A plus funding". Click to read: https://www.thejakartapost.com/news/2020/12/28/language-learning-platform-cakap-secures-3m-in-series-a-plus-funding.html.

JAKARTA (The Jakarta Post/ANN): Online language-learning platform Cakap has raised US$3 million in a series A+ funding round and has recorded a profit during the Covid-19 pandemic.

"There is no better time to scale with many Indonesians and students becoming more internet savvy day by day. We look forward to working closely with the team to support the company on its journey to scale education solutions throughout Indonesia, ” said Heritas Capital director Charis Goh in a statement on Dec 22.

Cakap, formerly known as Squline, is reportedly profitable and has seen a ten-fold growth in student numbers since the beginning of this year.

The current figure is 30 times larger than that of the same period last year, despite the economic fallout of the pandemic.

“Our solution solves the problem of the lack of access to high-quality education for students across Indonesia, including third-tier cities and remote areas, ” Cakap cofounder and CEO Tomy Yunus said in a statement.

“We are excited to be part of the digital learning transformation in Indonesia and to help democratise access to high quality education.” Tomy said that online education had been growing rapidly in Indonesia following the government's new normal protocols, which promoted remote learning for millions of students in Indonesia, accelerating the adoption of education technology.

According to the e-Conomy SEA 2020 report by Google, Temasek and Bain & Company, educational technology funding in Indonesia steadily gained momentum in 2019.

The adoption of education technology tools has more than tripled in Southeast Asia during the pandemic, the report found.

“We believe in the long-term potential of the education technology market in Indonesia, and we are excited to back Cakap on their quest to capitalise on the rising demand for high-quality education amid the ever-increasing disposable income of the general populace, ” said Conrad Tsang, founder and chairman of Strategic Year.

Meanwhile, Prasetia Dwidharma CEO Arya Setiadharma said that from 2016 to 2019, the market for online education had grown rapidly but still modestly compared to 2020.

“The current pandemic has been a tailwind for Cakap and the rest of the online education industry, ” he said. - 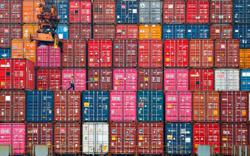