PHNOM PENH, Dec 12 (The Phnom Penh Post/ANN): Covid-19 vaccines could be available for distribution in Cambodia by the middle of next year or earlier, according to the World Health Organisation (WHO).

WHO representative to Cambodia Dr Li Ailan told The Post that the WHO and its partners were working hard to bring safe, effective and affordable Covid-19 vaccines to high-risk and priority populations in all countries as quickly as possible through the COVAX Global Vaccine Facility.

“While there has been good news in terms of vaccine development and Cambodia’s readiness to receive vaccines with funding mobilisation, it may take some time before Covid-19 vaccines become widely available,” she said.

In consultation with the WHO, the government has drafted a national plan for vaccine deployment, awaiting its availability.

Dr Li said national governments will need to define priority groups or populations slated to receive the first doses of the vaccine once they are available. It will be important to ensure that those who are most at risk receive the vaccine first.

“The WHO has advised that this should include healthcare workers in order to sustain vital health service functions, as well as other vulnerable members of society,” she said.

Dr Li added that Covid-19 vaccines will only be available for use in a country after they have been approved by respective national regulatory authorities. Use of the COVAX Global Vaccine Facility, she said, requires either approval by a stringent regulatory authority or WHO Emergency Use Authorisation or prequalification.

“Given the current rate of progress, we expect vaccines to begin arriving in countries sometime in 2021. We hope a vaccine will be available in Cambodia early or mid next year, but the exact timing is not certain,” she said.

Dr Li underscored that vaccines will be an important tool in fighting Covid-19, but even the most effective vaccines will not end the pandemic on their own.

Individuals, she said, must continue taking steps to protect themselves and others. This includes hand washing, mask wearing and physical distancing, as well as adherence to national and local rules on contact-tracing, quarantining and other public health measures.

Prime Minister Hun Sen recently announced that the government was preparing to buy an initial lot of one million doses of Covid-19 vaccines to distribute free of charge to individuals whose work puts them at high risk.

He explained that the initial lot would only vaccinate 500,000 people as each person will need two shots. Of Cambodia’s population of 16 million, perhaps 10 million might need vaccination, he said.

On December 10, the Ministry of Health confirmed one more case of Covid-19 community transmission and a new imported case – both are Cambodian nationals.

The imported case is Ye Veasna, a 29-year-old man from Tuol Pich commune in Kandal province’s Ang Snuol district. He arrived in Cambodia from Japan via South Korea on November 18 and was confirmed Covid-19 positive after a second test on the 13th day of his quarantine.

From November 28 to December 10, Cambodia had recorded a total of 39 community transmission cases.

Health ministry spokeswoman Or Vandine said the ministry had published photos of Covid-19-positive people involved in the November 28 community incident – a reference to the first confirmed local transmission case – to help officials carry out contract-tracing. Having finished that task, the ministry has taken down the photos in order to respect patients’ privacy, she said.

“We also have to think of the dignity and rights of individuals. No one wants to contract the virus.

“Until now it is still early to conclude that the November 28 community event is under control. We must wait and see, though infectious cases seem to be subsiding somewhat,” she said.

Vandine added that it is now still as important as ever to be diligent in preventing transmission because clusters of community infections indicate that some places are still at high risk.

Since January to Dec 12, the South-East Asian country has recorded a total of 357 confirmed Covid-19 cases with no deaths and 307 recoveries. - The Asian News Network 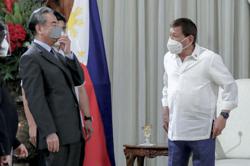 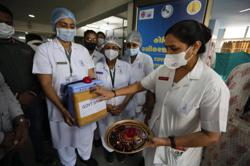