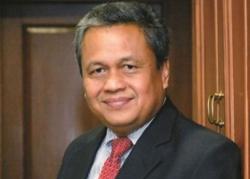 The Consumer Price Index rose 3.3% last month from a year earlier, the Philippine Statistics Authority said on Friday (Dec 4), well above the 2.6% median estimate in a Reuters poll and outside the central bank's projected range of 2.4% to 3.2% for the month.

Core inflation, which excludes volatile food and fuel prices, quickened to 3.2% from 3.0% in October.

Inflation averaged 2.6% in the January-November period, still below the midpoint of the official 2% to 4% target range for the year.

Analysts have said weak domestic demand due to the impact of coronavirus restrictions and consumers' reluctance to spend are expected to keep inflation largely in check.

With the pandemic holding back consumer spending and business activity, the government has projected an economic contraction of 8.5%-9.5% for this year, worse than its previous forecast of a 5.5% slump.

The Philippine central bank, which last month delivered a surprise fifth interest rate cut this year to provide further support to the sputtering economy, has not shut the door on further easing.

But instead of another rate cut he said the central bank may opt to reduce banks' reserve requirement ratio at its last policy meeting of the year scheduled for Dec. 17. 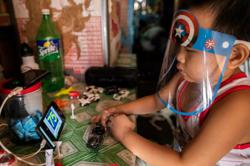