BANDAR SERI BEGAWAN, Oct 23 (Borneo Bulletin/ANN): A 42-year-old Bruneian man was sentenced to 13 years’ imprisonment and seven whippings by the Intermediate Court on Wednesday for physically and sexually abusing his two daughters.

The man was convicted after a trial on nine charges, including three counts of assault and exposure to physical injury under Section 28(1) of the Children and Young Persons Act, Chapter 219, and six counts of outraging modesty from a position of trust and authority under Section 354B of the Penal Code, Chapter 22.

It was revealed during trial that a series of physical abuse took place between January and April 2018. The court heard in January 2018, the defendant had hit his then 11-year-old youngest daughter (Miss X) by slapping her face and hitting her body one night after she simply asked the defendant to buy stickers for her school work.

On that same night, he had also punished all his three children by asking them to stand on chairs in the living room till dawn. When his youngest daughter tried to apologise to him, he went into a fit of anger and kicked her belly. The victim complained of pain to her schoolteacher the next day and the matter was duly reported to the police.

While the defendant was out on bail during the investigation of the first incident, on two occasions in April 2018, he subjected his elder daughter Miss Y, then 13-years-old, to physical abuse when he asked his oldest son to slap Miss Y’s face.

Miss Y told the court that she and her older brother were instructed to slap each other’s face by their father and they both did not dare to disobey him during the incident out of fear that the defendant would hit them instead.

After the series of physical abuse between January and April 2018 committed against his children, the defendant was remanded in prison until November 2018.

During this time, his youngest daughter returned home to live with her grandmother and sister. Upon the defendant’s release from prison, the family began living together again. Shortly after, the defendant began sexually abusing his daughters.

The defendant’s long cycle of sexual abuse only came to light after Miss X disclosed to a schoolteacher in August 2019 that her father had outraged her modesty by asking her to perform sexual acts with him at home on numerous times. The last incident took place on August 14,2019 when Miss X and Miss Y were instructed by the defendant to do sexual acts in his bedroom.

In mitigation, the defendant sought the court to impose the lowest sentence as he needs to take care of his three children and his mother.

Deputy Public Prosecutor Nurul Fitri binti Kiprawi urged the court to “impose a deterrent sentence to reflect the society’s abhorrence to the defendant’s horrific conduct of physical and sexual abuse towards his own biological daughters.”

In handing down her sentence, Judge Pengiran Masni Pengiran Haji Bahar said “I find it rather disturbing that Miss X and Miss Y had to perform certain sexual acts on the defendant, their father, at the behest of the defendant.

“I cannot imagine what Miss X and Miss Y had to endure and they had to comply because they were so fearful of their father. The defendant also showed lack of remorse when he repeated the offences and I agree with the prosecution that the defendant’s actions tantamount to a serious and gross breach of trust as a father.

“This warrants for a higher end of sentencing as it is a matter of public interest that young children should be protected from such physical and sexual abuse and to send a message to any potential abuser that such acts of violence will not be tolerated.”

Meanwhile, Brunei reported one new imported case of Covid-19 on Thursday, bringing the national tally to 148.

According to Brunei's Ministry of Health, the case is a 40-year-old man arriving on Oct 16 from Kuala Lumpur. The man reportedly had signs of infection (coughs) on Thursday and is currently being treated at the National Isolation Center.

The Ministry of Health has identified a total of 18 contacts, of which 10 contacts have undergone the Covid-19 swab tests and were confirmed negative while the rest are still awaiting test results. All contacts are undergoing quarantine.

This is the second confirmed case reported in Brunei this month. Brunei reported another imported case on Oct. 14, who is a 25-year-old female back from Nepal. - Borneo Bulletin/Asian News Network 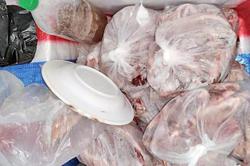