BANDAR SERI BEGAWAN, Oct 18 (Xinhua): Over 80 per cent of the public believe that irresponsible pet owners contribute to the increasing number of stray cats and dogs in Brunei, according to a recent survey.

The survey was conducted by a team of Brunei officers undertaking the 30th Executive Development Program for Middle Management Officers 2020, which aimed to understand the public's perception on responsible pet ownership, according to local daily the Borneo Bulletin on Saturday.

The survey found that over 50 per cent of pet owners in Brunei unintentionally adopted strays.

However, about 66 per cent of non-pet owners would not consider adopting stray cats or dogs as pets.

In recent years, there has been a rise in stray dog attacks reported within the community, threatening public safety and security.

Stray dogs and cats are also seen as a public nuisance and can bring risks of rabies infection.

The report said that the increasing prevalence of stray population calls for greater collaboration between relevant agencies and the public to work together to address and control the surge.

Meanwhile, Brunei reported no new cases of Covid-19 on Saturday, with the national tally of cases standing at 147.

According to brunei's Ministry of Health, no more recoveries were recorded, keeping the total number of recovered cases at 143.

There is still one active case being treated at the National Isolation Centre, who was recorded on Wednesday (Oct 14).

Currently 342 individuals, who have arrived in the country after traveling abroad, are undergoing mandatory isolation at the monitoring centres provided by the government. There have been three deaths from Covid-19 in Brunei. - Xinhua 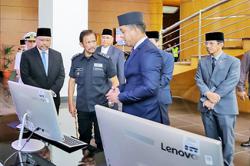 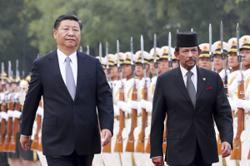