Cross-strait neighbours Indonesia and Singapore have initiated talks on opening a “travel corridor” ahead of the annual leaders’ retreat, the Indonesian Foreign Ministry said in a statement.Indonesia’s Foreign Minister Retno Marsudi arrived in Singapore on Monday for a bilateral meeting the following day with her Singaporean counterpart, Vivian Balakrishnan. Retno also paid a courtesy call to Singaporean Prime Minister Lee Hsien Loong regarding the upcoming leaders’ retreat.

During their bilateral meeting, the two foreign ministers discussed two key issues: preparations for the Indonesia-Singapore Annual Leaders Retreat and plans on the Travel Corridor Arrangement (TCA) for essential businesses.

The ministers “agreed to assign their respective teams to start negotiations at the first opportunity”, the Foreign Ministry said in a press statement on Tuesday. Indonesia already has similar arrangements with the United Arab Emirates, South Korea and China.

The three countries are among Indonesia’s top bilateral partners, most notably in the economic sector, and the travel corridors facilitate follow-up on any existing strategic projects. Singapore has been Indonesia’s leading investment partner this year, channelling US$4.7bil (RM19.6bil) to the archipelago in the first half, up 36% from the same period last year.

Indonesia recorded its first contraction in 20 years when its economy contracted 5.32% in the second quarter, while Singapore entered a recession in the second quarter when its economy contracted 13.2%. While Singapore has permitted diplomatic and business travel for selected countries, it recently announced that it would be reopening its borders to visitors from New Zealand and Brunei Darussalam in September.

The government has previously asked Singapore to reopen its borders to Indonesia, in particular the borders it shares with the commercial and tourist hubs of Bintan and Batam that have been closed for months due to Covid-19 restrictions.

In their bilateral meeting, the two foreign ministers agreed that it was important that the 2020 annual leaders’ retreat produced concrete cooperation, especially in light of the pandemic that had ravaged the global economy.

“The two [sides] agreed that the issues that could be discussed at the leaders’ retreat included strengthening cooperation in the fields of health, economy and finance,” the ministry said in its statement.

The ministry also stated that Indonesia and Singapore would form six working groups as a follow-up to the bilateral meeting.

The working groups were to hammer out the details for the upcoming retreat according to a schedule that “will be determined at the first opportunity”.

The working groups are to each have a focus issue comprising investments, human resources, transportation, agriculture, tourism and the Batam-Bintan-Karimun (BBK) cooperation.

The BBK is a special economic zone that has been in talks since 2006, during the first term of Susilo Bambang Yudhoyono’s presidency. The ministry said that economic cooperation topped the list of issues on the table for this year’s retreat. — The Jakarta Post/ANN 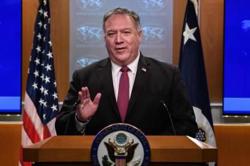