A mock rocket displayed on the campus of the Myanmar Aerospace Engineering University in Meiktila. - AFP

The future "super constellation" of micro-satellites from nine Asian countries will track typhoons, seismic activity and water flows, as well as provide data on land use, the growth of crops and disease outbreaks.

It is the first space venture for Myanmar, the least economically developed country in a consortium that includes the Philippines, Vietnam and Indonesia.

The benefits of observing the environment from space match the millions of dollars Myanmar is spending, says Kyi Thwin, rector of the Myanmar Aerospace Engineering University.

"It's simply less expensive if we build our own satellite," he tells AFP from inside the university's space shuttle-shaped building near the town of Meiktila, adding the technology will help Myanmar's economy "leap-frog forward".

Yet Myanmar is still in a different orbit to the big space nations -- strong wind carried away the roof of the shuttle's nose and the university has no spare budget for repairs.

But with technological advances -- and a spirit of collaboration -- launching satellites is no longer the reserve of giants like the US, Russia and China.

Yukihiro Takahashi from Hokkaido University, one of two Japanese institutes leading the project, points to Nigeria, which has become a global hub for producing satellite technology on the cheap.

"Big, heavy and expensive has become small, light and affordable," he says.

The target is to launch around five micro-satellites every year, each weighing under 100 kilogrammes and with a lifespan of five years, until the consortium controls around 50 devices in orbit.

Myanmar's first contribution will cost a relatively non-astronomical US$16 million -- a fraction of the $100 million bill or more for conventional satellites.

The launch will be overseas, but Myanmar will have its own ground control centre, working alongside a counterpart in Japan.

"Myanmar will be one of the main players," Takahashi tells AFP, saying Malaysia, Thailand, Bangladesh and Mongolia will also join the team at a later date.

He says the project's cameras are among the best in space, taking near-continuous images that will be turned into 3-D models of typhoons or disaster-stricken areas.

They will also track changes in land use, from urban development to deforestation and illegal mining.

"It makes a lot of sense -- politically, economically and socially -- for these countries to build up capabilities to meet their own risk profiles," Sinead O'Sullivan, research fellow at Massachusetts Institute of Technology, tells AFP.

The Asian consortium is "incredibly positive" and a way around buying expensive satellite imagery from commercial companies, she adds.

The launches should also deliver a decent payback; it is estimated every dollar the US spends in space returns up to $40 to the economy.

Myanmar's first batch of seven aerospace engineers have had their bags packed for several months, ready to fly to Japan for pre-launch development.

But their travel plans are still on hold, stymied by coronavirus border closures -- and time is tight with Myanmar's first launch slated for early 2021.

As engineer Thu Thu Aung, 40, listens to the latest briefing held under strict physical distancing rules, she says she is thrilled to be on the project, admitting her space obsession grew from watching movies about heroic pilots as a girl.

"This is our dream to send a satellite to space from Myanmar, from our university." - AFP 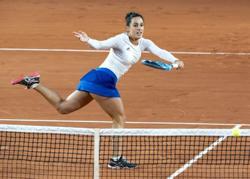