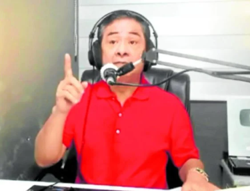 The hard-hitting broadcaster was ambushed by a suspect on board a motorcycle at the Santa Cecilia gate of the subdivision at 8:30pm, according to the Southern Police District’s incident report.

Citing witnesses, SPD said an accomplice onboard a Toyota Fortuner bumped the rear portion of the victim’s Toyota Innova. Then another suspect, on board a motorcycle, shot the victim and fled to an unknown direction.

The SPD said they are searching for CCTV cameras in the area.

The victim was taken to a hospital where he was pronounced dead, according to a DZRH report.

Lapid was critical of previous and the present administration, touching on topics such as red-tagging and supposed extrajudicial killings. 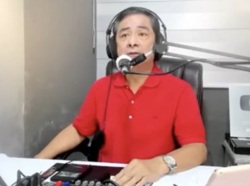