Jaring chief executive officer, Dr. Mohamed Awang-Lah with the Soma Port broadband wireless customer premises equipment which hooks to PCs through USB or LAN cabling and up to two single-line phones for voice-over-IP (VoIP) communications.Jarings wireless broadband service is on schedule for launch in mid-October.

As Malaysia’s pioneering Internet provider goes into liquidation, its first CEO feels a sense of loss.

Jaring, which started off as the RangKom (Malaysia Computer Network) project in 1987, has ­finally closed its doors and is ­undergoing liquidation as of April 23.

The news didn’t sit well with many netizens, including the visionary Dr Mohamed Awang Lah who played an instrumental role in the company’s direction from 1992 until 2010.

The former chief executive officer of Jaring was disappointed to see the end of the company that ­introduced the Internet to Malaysians.

While many of us today take the Internet for granted, it wasn’t an easy sell back then and he should know as he is fondly remembered as the father of the Malaysian Internet.

“It took a long time to convince people who were responsible for computer systems in various ­organisations to adopt the Internet for their networking,” he says.

“At that time, it was only ­universities that were interested. Companies didn’t get on board until the mid 90s. They were worried that once connected to the Internet, their expensive computers would be shared by others and the ­security of their information would be ­jeopardised.”

Jaring’s first dial-up service was considered pricey, as back then the Net was pretty basic and was ­mainly used for e-mail and discussion groups.

Dinesh Nair, director of ­developer experience and evangelism at Microsoft Malaysia, says: “In 1992, the cost of being on the Internet would have been at Telekom rates – 13sen per local call irrespective of time. A couple of years later, it was switched to 4sen per minute but Jaring fought back and got the 1511 special number at 1.5sen per minute.”

To continue building the ­country’s Internet infrastructure Jaring had to battle for funding from the Government – it was a huge challenge but it secured RM470mil in 1996 for a five-year period.

But, sadly, it wasn’t enough to keep it at the forefront as a new challenger had appeared a year earlier – TMNet, Telekom Malaysia’s subsidiary.

“Jaring wanted to continue ­building the infrastructure but it did not have the necessary Network Facility Spectrum licences until it was just too late to catch up,” says Mohamed.

By 2002, TMNet had become the largest ISP, boasting over 1.5 million subscribers with Jaring coming a distant second with a little over half a million users.

At the time, Mohamed told The Star that Jaring faced ­considerable challenge, primarily from ­“telecommunications network providers that charged high leased line rental rates, and who refused to allow access to their networks for certain Internet access services.”

In 2006 Jaring was taken over by the Finance Ministry and it was sold to Utusan Printcorp last year.

He says: “I believe that if I did not start it someone else would. I just happened to be at the right place at the right time with good support to make it happen.” 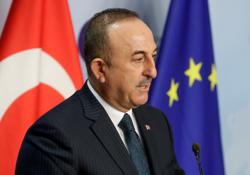