NEW DELHI: Popular Bollywood actress Deepika Padukone is being stalked by a killer – a silent killer going by the unassuming name of 'depression'.

The glamorous 29-year-old actress recently confessed on television how she battled depression and coped with the negative publicity in the Indian cinema industry.

With depression a taboo subject among many societies, the Indian beauty openly revealed her suffering and the trauma which she went through, at one point locking herself up in the bathroom and crying for hours.

The actress said early last year, she woke up one morning feeling empty and had a sinking feeling in her stomach.

"I didn't know where to go, I didn't know what to do and I had these bouts of feelings so low that I would just start crying," she said in an exclusive talk show with NDTV's Barkha Dutt. 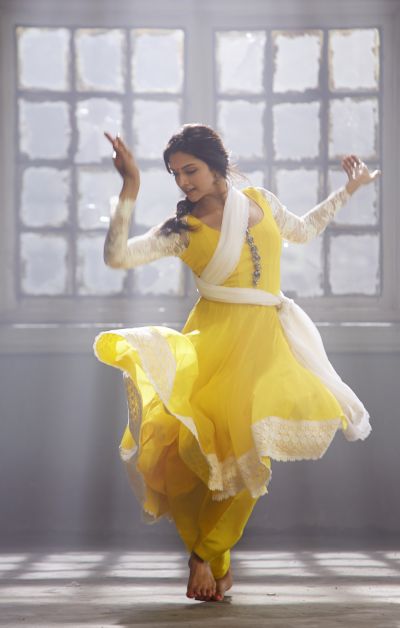 Deepika in a scene from the movie "Happy New Year", directed by Farah Khan.

Deepika's experience prompted her to set up the 'Live Love Laugh Foundation' to assist those suffering from the disorder.

The actress, daughter of legendary Indian badminton player Prakash Padukone, also admitted there were days when she did not want to wake up from her bed and just wanted to sleep because that was her from of "escapism".

She said depression, unlike other medical disorders, did not manifest any physical symptoms.

"You know if you are having a stomachache or headache, and people easily accept them. Strangely, when it comes to the mind, people say, 'no, no, everything will be fine'.

"There are a lot of people who are ready and willing to seek help but it's the immediate family and friends who sort of suppress them and say, 'no, no, you can't go to the doctor because nobody does this, what are others going to say?'" lamented Deepika.

She urged those suffering from depression to ignore the social stigma surrounding the illness and seek medical help.

Deepika established herself as a leading Bollywood actress by taking on lead roles in Yeh Jawaani hai Deewani and Chennai Express.

Both movies rank among the highest-grossing Bollywood films of all time.

The actress even broke down on screen at one point when talking about gossip in the industry relating to her depression.

"We need to be little more sensitive, you know, calling someone clinically depressed without even having picked up the phone and cross-checking.

"Just writing in the manner that they did, I think we need to become little more sensitive about how we write about these things," said Deepika, struggling to contain her tears on the screen.

The actress said she broke her silence and shared it with the public because she did not want others to suffer in silence. - Bernama