Malaysians in IS trained to become snipers and suicide bombers

KUALA LUMPUR: Malaysians recruited by the Islamic State terror group in Syria are moving up the ladder in terrorism – they’re leaving their janitorial posts to become ­snipers and suicide bombers in Iraq.

Previously cleaners and guards at the camps, Malaysians who fell for the IS’ promise of a false “jihad” are now being trained to become ­snipers and suicide bombers with the specific goal of regaining its grip on Iraq.

“The presence of the IS in Syria is quite solid but the group is losing control over Iraq as many territories have fallen back to Iraqi ­government forces.

“Our intelligence show that they are relying more on Malaysians now to carry out strike missions against several key structures in Iraq,” he told The Star yesterday.

SAC Ayub said the Malaysian ­militants were plucked from the Khatibah Nusantara cell in Syria to join the special ops squads.

“The Khatibah Nusantara consists of Malaysian and Indonesian IS fighters. They band together as their language and interests are similar,” he said. 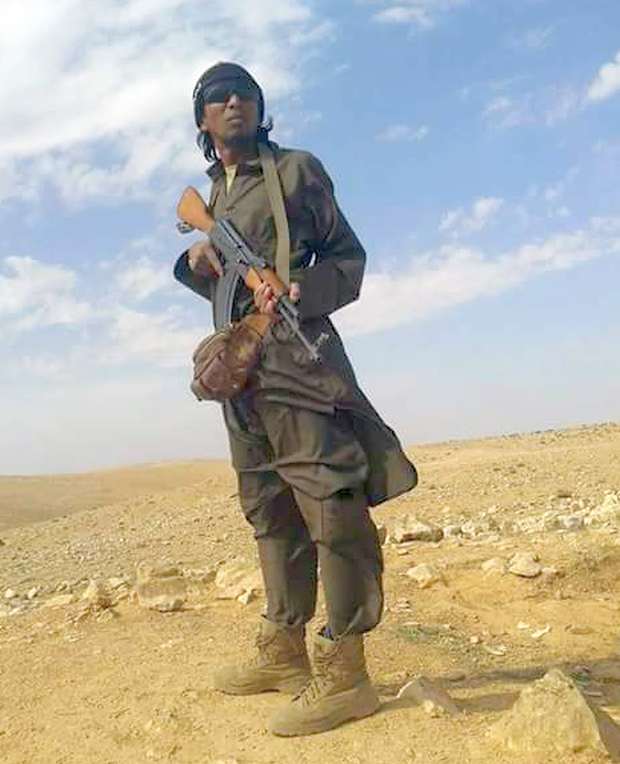 This new development came to light following the deaths of three Malaysians in Iraq, believed to be on special ops missions, said SAC Ayub.

One of them was Zid Saharani Mohamed Esa, 43, who died in a clash with Iraqi forces in Bayji, Iraq, on Aug 29.

“We believe he was one of the snipers assigned to take out targets at a Iraqi government structure in Bayji.

“Zid, also known as Abu Hoor, went to Syria in July last year. He went to Bangkok and took a flight to Turkey before securing safe passage to Syria by land.

“Prior to this, he was involved with Kumpulan Mujahidin Malaysia and was detained under the ISA (Internal Security Act) in 2002,” he said.

Muhamad Syazani, known as Abu Aydan, was also killed in Bayji in a skirmish with Iraqi forces on Sept 18 and was believed to be part of an IS infantry trained to fulfil a specific mission objective.

“He went to Syria on Sept 23 via Istanbul along with his older ­brother Muhamad Syazwan,” said SAC Ayub.

Fadzly Ariff Zainal Ariff died on Sept 26 after driving a truck filled with seven tonnes of explosives towards a bridge in Buhayrat, ­located in Fallujah.

“The attack also killed a group of Iraqi soldiers.

“Our intelligence indicates that Fadzly Ariff, known as Abu Ubaidah, had attempted suicide bombings twice but failed as his explosives malfunctioned the previous times,” said SAC Ayub, adding that the former burger seller went to Syria on Oct 11, 2013. SAC Ayub said Fadzly Ariff’s mother Azizah Md Yusof was detained under the Security Offences (Special Measures) Act on April 28 last year for giving support to the IS, and subsequently charged on May 23 the same year.

The latest deaths bring the number of Malaysians killed in Syria and Iraq to 14.

“As with some deaths involving Malaysians in both countries, it was hard to get a DNA sample to completely verify and identify the militants involved,” he said, adding that they relied on their intelligence gathering network.

At present, he said, Bukit Aman had identified 69 Malaysians with the IS in Syria.

“Previously, there were militants who joined other terror groups like Jabhat al-Nusra, ­al-Qae­­­­­­da’s official affiliate in Syria.

“However, this trend has stopped as all of them have joined the IS,” he said.

While the official figure was 69, SAC Ayub said the actual number of Malaysians in Syria could be about 100, including children.

Bukit Aman: IS flags no cause for concern

Militant sniper squadron in action in Iraq and Syria