PETALING JAYA: The recent reports of graves along the Malaysia-Thailand border are “sadly nothing new”, according to a former US Senate Foreign Relations Committee staffer who was involved with the problem. 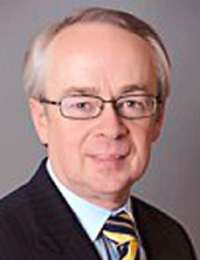 Keith Luse (pic), in his briefing to a panel in Washington on South-East Asia’s refugee problem, recalled that in 2010, he met Thai forensic pathologist Pornthip Rojanasunand in Bangkok to talk about the discovery of bodies in unmarked graves in southern Thailand.

In April 2009, then Inspector-General of Police Tan Sri Musa Hassan said police and the Immigration Department had set up a task force to investigate the allegations.

At the Centre for Strategic and International Studies session on “Tackling South-East Asia’s Refugee Crisis” earlier this week, Luse singled out several areas in the ongoing “tragic drama” – including competing public policy priorities within governments (including the United States) and the role of corruption.

“Yes, there are press releases, pronouncements and arrests, however the ‘big fish’ are rarely caught,” he said.

The private sector also plays a part, he told the panel.

“Foreign investors in South-East Asia should demand accountability to ensure that their work force and that of their sub-contractors does not include persons who are victims of trafficking.”

In the e-mail interview, Luse, who is now executive director of the National Committee on North Korea, said the Bill to amend the Anti-Trafficking in Persons and Anti-Smuggling of Migrants Act 2007, which was passed on June 17, “appears to represent constructive steps to end human trafficking in Malaysia”.