Helicopter carrying VIPs crashes, all six on board killed

PETALING JAYA: They left a wedding reception for the Prime Minister’s daughter in Pekan and were headed for Kuala Lumpur where Rompin MP Tan Sri Dr Jamaluddin Jarjis was to attend another wedding reception.

They never made it.

The last of the bodies – all charred – were found by the Fire and Rescue Department personnel at 8.15pm yesterday. 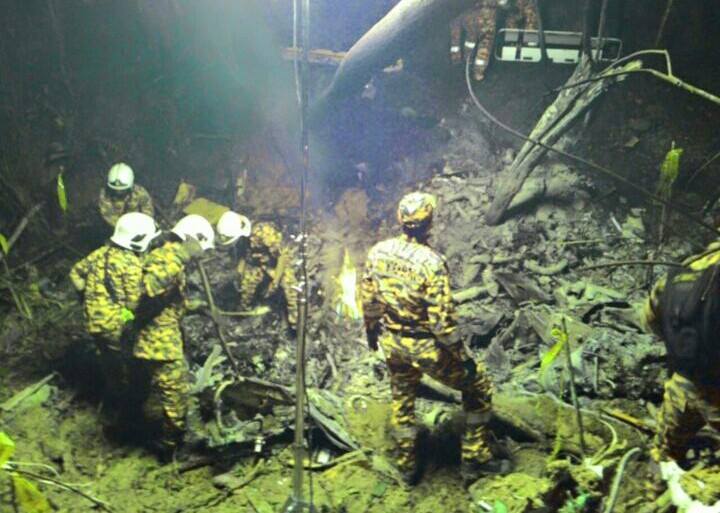 It is believed that all six were killed instantly when the helicopter exploded over a rubber plantation along Jalan Sungai Lallang, Kampung Pasir Baru, during a downpour.

The corporate AS365N2 Dauphin helicopter was owned by IGB Corporation and operated by Cempaka Aviation, which is owned by the pilot.

Jamaluddin was scheduled to attend another wedding – that of PR1MA CEO Datuk Abdul Mutalib Alias’ daughter.

Both Jamaluddin and Azlin, the previous director of the Economics Division at the Prime Minister’s Office, had earlier posted a picture of them with several others at the reception.

The helicopter had earlier dropped off Bukit Ibam assemblyman Datuk Wan Kadri Wan Mahusain at Bandar Tun Razak in Muadzam, Pahang, where he had to attend a funeral. 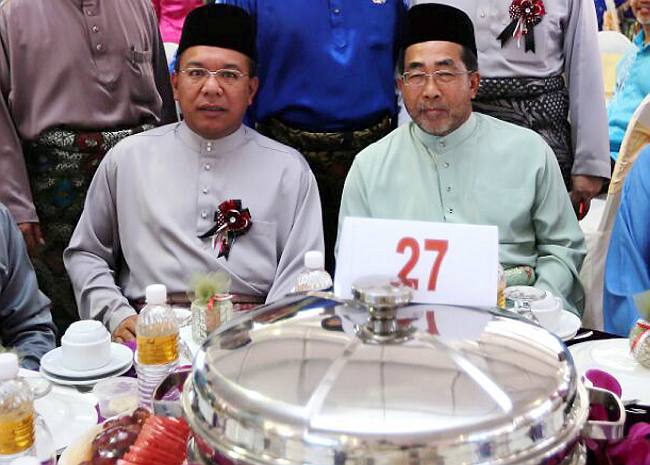 Tagic loss: Jamaluddin and Azlin at the wedding reception hours before the crash.

A witness confirmed that he had heard two explosions – one in mid-air – which strew debris all over the plantation.

Home Minister Datuk Seri Dr Ahmad Zahid Hamidi, who was at the scene of the tragedy, later confirmed that Jamaluddin was on board.

The bodies were taken to the Hospital Kuala Lumpur late last night.

At the Hospital Kuala Lumpur, there was heightened security at the mortuary.

Family and friends gathered at the compound, anxiously awaiting the arrival of the bodies. Grief-stricken relatives of the helicopter crash victims at the KL Hospital late last night after the bodies were retrieved from the scene at 11.35pm.

At press time, Datuk Seri Najib Tun Razak and his wife Datin Seri Rosmah Mansor as well as the newlyweds, Nooryana Najwa and husband Daniyar Kessikbayev, who were still in their wedding attire, were at the scene being briefed by Dr Zahid Hamidi.

Transport Minister Datuk Seri Liow Tiong Lai said the Air Accident Investigation Division would investigate the cause of the accident.