PUTRAJAYA: BFM journalist Aisyah Tajudin could face up to a year in jail over her video presentation of Kelantan's hudud, said Inspector-General of Police Tan Sri Khalid Abu Bakar (pic).

Khalid said police would investigate Aisyah and the scriptwriter of the satirical video for "an attempt to make fun of Islam and hurt people" under blasphemy laws of the Penal Code.

Section 298 of the Code says "uttering words with deliberate intent to wound the religious feelings of any person, as an offence," with jail terms of up to a year and/or an undisclosed fine.

"We have received five reports regarding the video and we will investigate Aisyah and the scriptwriter. What she said, can be seen as poking fun at Islam.

"That video where she walks in and then suddenly she is wearing a tudung. What was that supposed to be?

"I'd like to remind BFM to adhere to the law as they have already been reprimanded in the past. We have given enough warnings," he told reporters after officiating a cycling event in conjunction with the upcoming 208th Police Day celebrations.

Khalid said police would work with the Home Ministry in taking action against BFM.

The video, titled "Hudud Isi Periuk Nasi?" (Does hudud fill our rice bowl?) depicts Aisyah questioning the priorities of the Kelantan government in pushing for hudud laws, whilst the state wrestles with recovery from 2014's devastating floods.

The video attracted criticisms from netizens with the threats directed at Aisyah.

The video has since been removed from BFM's YouTube channel and the radio station has issued an apology. 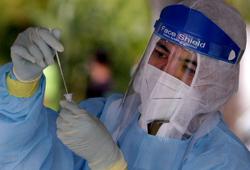