PETALING JAYA: The family of the late Tun Abdul Razak has refuted speculation over the inheritance left by the former prime minister.

In a statement on Tuesday, four of the former PM's sons – Datuk Johari Razak, Datuk Nizam Razak, Datuk Seri Nazir Razak and Datuk Nazim Razak – had referred to their father as a highly principled man who was known for his frugality. 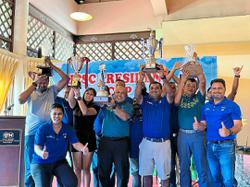