PETALING JAYA: Utusan Malaysia has posted a public apology on its website over a fake story about a Catholic priest who converted to Islam after waking from a coma.

“A report taken from the World News Daily Report regarding a catholic priest from Spain, Eduardo Vincenzo Maria Gomez, 87, converting to Islam after 17 months in a coma is untrue. Utusan apologises for any inconvenience and confusion following the publication of news emanating from the site,” the daily posted on its website, Sunday.

Utusan ran a story earlier Sunday, based on a report in English language satire website World News Daily Report, of a Spanish priest residing in Java, Indonesia, who had converted to Islam after “speaking with Allah and having been shown the beauty of heaven”.

The priest, said to be suffering from heart disease, had apparently slipped into a coma after falling from the second story of his church. However, he had miraculously survived without having broken any bones.

The report was taken down from Utusan Online’s website following public criticism on social media. 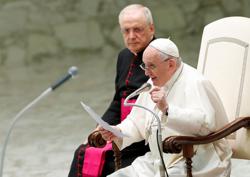 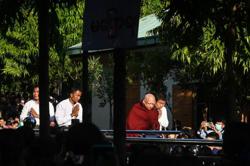