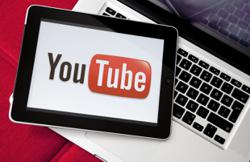 KUALA LUMPUR: Universiti Malaya law lecturer Azmi Sharom (pic) has denied allegations that he made seditious remarks pertaining to the 2009 Perak crisis, claiming that his statements were based on academic discourse.

"I was shocked to learn that I am being charged under the Sedition Act because of comments I made on the Perak crisis of 2009. My statements were based on established case law and democratic principles. They were given in my capacity as a law lecturer of 24 years standing," Azmi said after posting bail on Tuesday.

"This charge is a blow to academic freedom and the freedom of expression. I will most definitely fight this charge. I hope that reason will prevail," he added.

Earlier, Azmi pleaded not guilty after he was charged with sedition at the KL Sessions Court for comments made on an online portal over the 2009 Perak crisis.

Azmi, who is also a columnist with The Star, claimed trial after being charged under Section 4(1)(b) and Section 4(1)(c) of the Sedition Act 1948.

Azmi posted bail at RM5,000 while the next mention was fixed by the court on Oct 3.

The law professor's comments in an article titled, “Take Perak crisis route for speedy end to Selangor impasse, Pakatan told”, was published by the English online portal on Aug 14.

Azmi's sedition charge follows on the heels of Padang Serai MP N. Surendran, who was charged with a similar offence last Thursday.