KULAIJAYA: Some 800 workers of a factory here set fire to the building Tuesday night after they had stoned their employers office and burned down a car earlier in the day.

The workers, mostly from Nepal, set the electronics manufacturing plant in the Kelapa Sawit Industrial Area on fire around 8pm.

The Fire and Rescue Department arrived at the scene to control the fire at 8.38pm after receiving a distress call some 13 minutes before that.

The department managed to put out the fire at around 10.05pm. This was following a strike staged by the workers due to alleged mistreatment by their employers.

It was reported that they started gathering outside the JCY HDD Technology Sdn Bhd building from 8am on Tuesday and things got out of hand when some of them began to hurl stones and other objects at the management office and set fire to one of the employers’ cars.

The angry crowd also damaged three other blocks owned by the company.

Just last Thursday at the company’s branch at the Tebrau IV Industrial Area, near Johor Baru, some 1,500 workers also showed their dissatisfaction over the company’s alleged negligence in handling the health issue of a worker, leading to his death.

They threw pieces of metal and glass, electronic items, chairs and boots from their four-storey hostel, smashing the glass windows of a guard post. 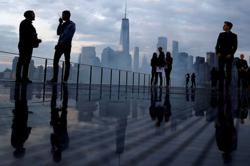