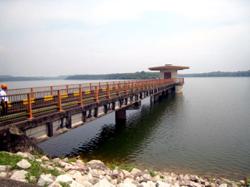 Based on 2012 statistics, he said 61.7% of the treated water supply in Malaysia was used by domestic consumers.

“If consumers can harvest rainwater to partially supplement their usage of treated water, it could bring about a big impact in preventing water shortages,” he said when contacted yesterday.

Piarapakaran said the people could practise rainwater harvesting according to their budget because it could be as simple as placing pails outside the house.

“At a price of RM500, consumers can also enlist a plumber to install a good rainwater harvesting system at home,” he said.

“Green buildings and developments should not only focus on energy efficiency but also efficient use of water,” he added.

Smokescreening won't work this time
'Selangor government is to be blamed for water crisis'
Experts: Water woes far from over