KUALA LUMPUR: Police have crippled a “Black Money” syndicate, seizing counterfeit notes worth RM1.7mil with the arrest of two Chinese nationals and a Singaporean.

The three men, aged between 45 and 54, were picked up during a raid at a serviced apartment along Jalan Ampang here on Dec 26 at around 12.10am. 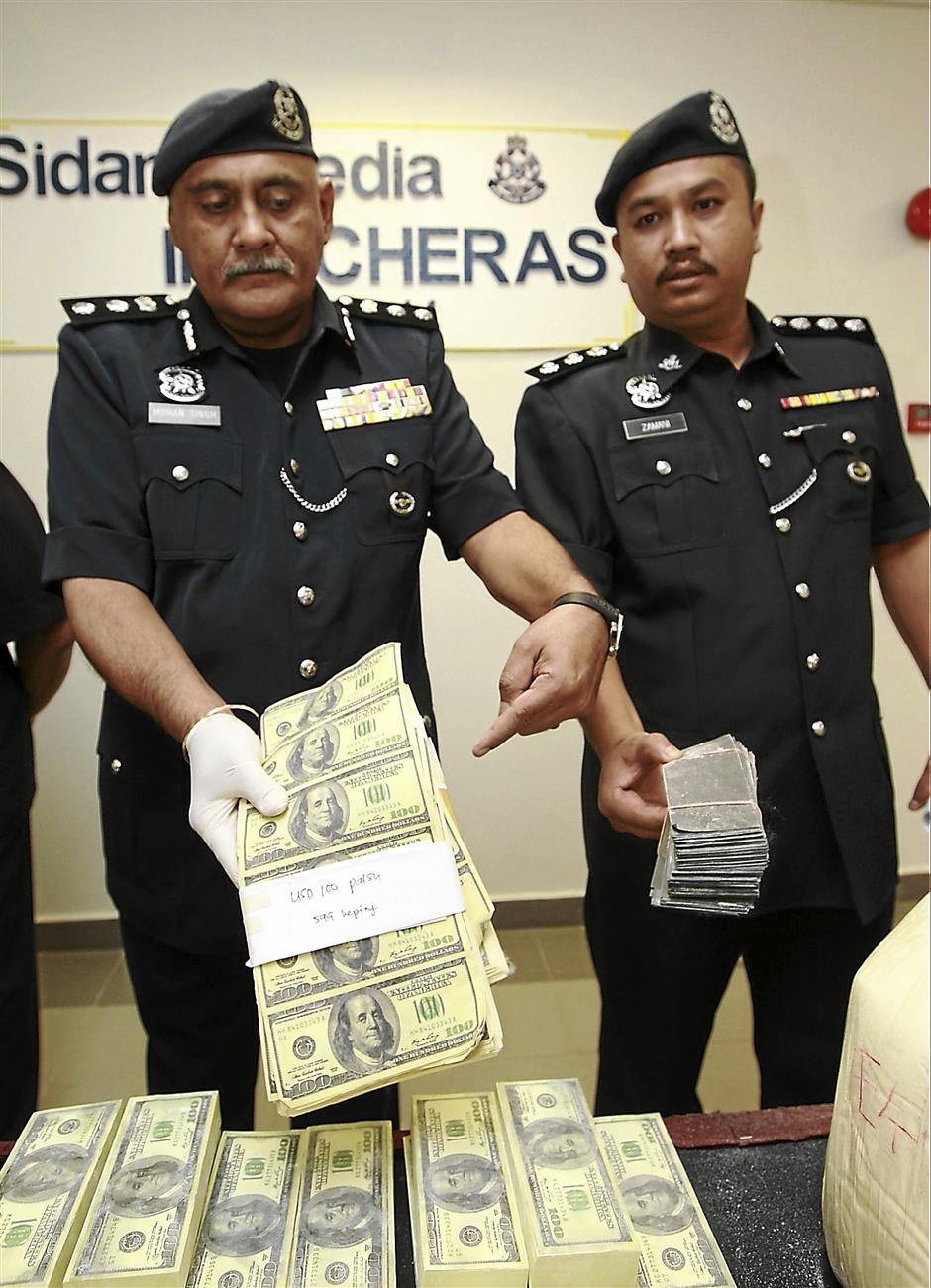 “Our investigations reveal that the fight between the suspects was believed to be due to the distribution of the profit from the scam,” he said.

Police seized 5,373 pieces of US$100 notes and 831 of RM100 notes all believed to be counterfeit notes worth a total of RM1.7mil that were stored in eight safe boxes and several travel bags in the apartment.

He added that other items seized were bottles containing liquid believed to be used to wash the “Black Money”, several packets of white and yellow powder, three handphones and a laptop.

“We believe that they conned their victims by convincing them to buy the notes that have been dyed in black which they would later ‘wash’ using the chemical,” he said.

ACP Izany said the apartment unit, which had been occupied by the suspects since 2012, was being used as a transit area to store the counterfeit notes.

He added that it was the first case that involved foreign nationals from China and Singapore.

“Usually the suspects in such cases are Africans. We are investigating the possibility of other foreigners involved in the scam,” he told a press conference here yesterday.

ACP Izany said the three suspects, who have been remanded until Jan 15, had entered Malaysia multiple times on tourist visas and were suspected to have been involved in illegal activities since 2011.

The case was being investigated under Section 489c of the Penal Code which carries a jail sentence of not more than 10 years if convicted.