Vice activities move in as tenants move out

Endah Parade might seem like a normal neighbourhood mall from the outside, but there is a different story behind closed doors.

A search on the Internet showed that massage and reflexology parlours in the mall which offer ‘extra services’ to customers are widely discussed in various forums.

StarMetro investigated and discovered that while some massage centres offered genuine, therapeutic services, others offered more exotic options for patrons.

The massage parlours are grouped on the second level of the mall and there are a handful operating on the first and third level.

Foreign masseurs were seen sitting outside the massage and reflexology parlours calling out to male passers-by.

StarMetro checked on five outlets and all daringly offered massage packages that included ‘Ping-Pong’ massage, which is commonly known as male genital massage.

Out of the five outlets, one even claimed it offered any service requested.

“Normal and Ping Pong massage cost RM100 for one hour, but if you want to touch me, it comes with an extra fee,” said a masseur while motioning to her body.

When asked whether they offered sexual services, the masseur said it would cost RM500.

Most of the masseurs would remain discreet about the services they offer but when customers take up the packages, they will offer the ‘extra services’ inside the outlet.

“Massage one hour for RM50, half hour for RM30. “If you want the Ping Pong massage, it will cost you another RM50,” said a masseur.

The masseur also offered to go topless while giving the massage, which cost another RM50.

Most of the massage parlours, however, insisted that they did not offer sexual intercourse to customers.

“This is all we do. The place is small and there is barely enough time for us to offer sexual services to customers,” a masseur said. Most of the masseurs were aged from 24 to 40 and came from China, while a handful were from Vietnam.

Male visitors were not only approached by the masseurs but also by men believed to be managing the massage parlours.

“We have about 10 girls for you to choose from and they are good at their massaging skills.

“They will also give you a Ping Pong massage if you request,” one of the men said.

When asked whether they offered sexual services, he said they do not offer such services.

As we were walking away, another man approached him and asked if there were any new masseurs, suggesting that he is a frequent customer.

Brickfields OCPD Assistant Commissioner Muhammad Azlee Abdullah, however, said he had not received any reports of such activities from the public.

“If there are reports of vice activities, we will definitely take action.

“I urge the public to come forward and report vice activities to the police,” he said. 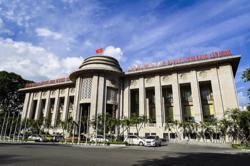 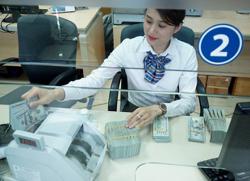