Young minds show off technical ingenuity and creativity in robotics

CREATIVITY begins with passion, dreams and, in the case of the World Robo Masters Cup Malaysia 2014, robots.

The event is in its fourth year and 200 students from Creative Robotics Education Sdn Bhd (CR8), aged from 7 to 17, took part.

The CR8 education centre, which organised the event, was founded by brothers Khong Yee Jun and Khong Yee Jian, who are also CR8 directors.

The event, held on May 1, featured three categories — sports, ingenuity and programming skills.

The first competition involved a skirmish among 12 teams of three students each in a “SoccerBot” contest involving a defender, striker and goalkeeper run by remote control. 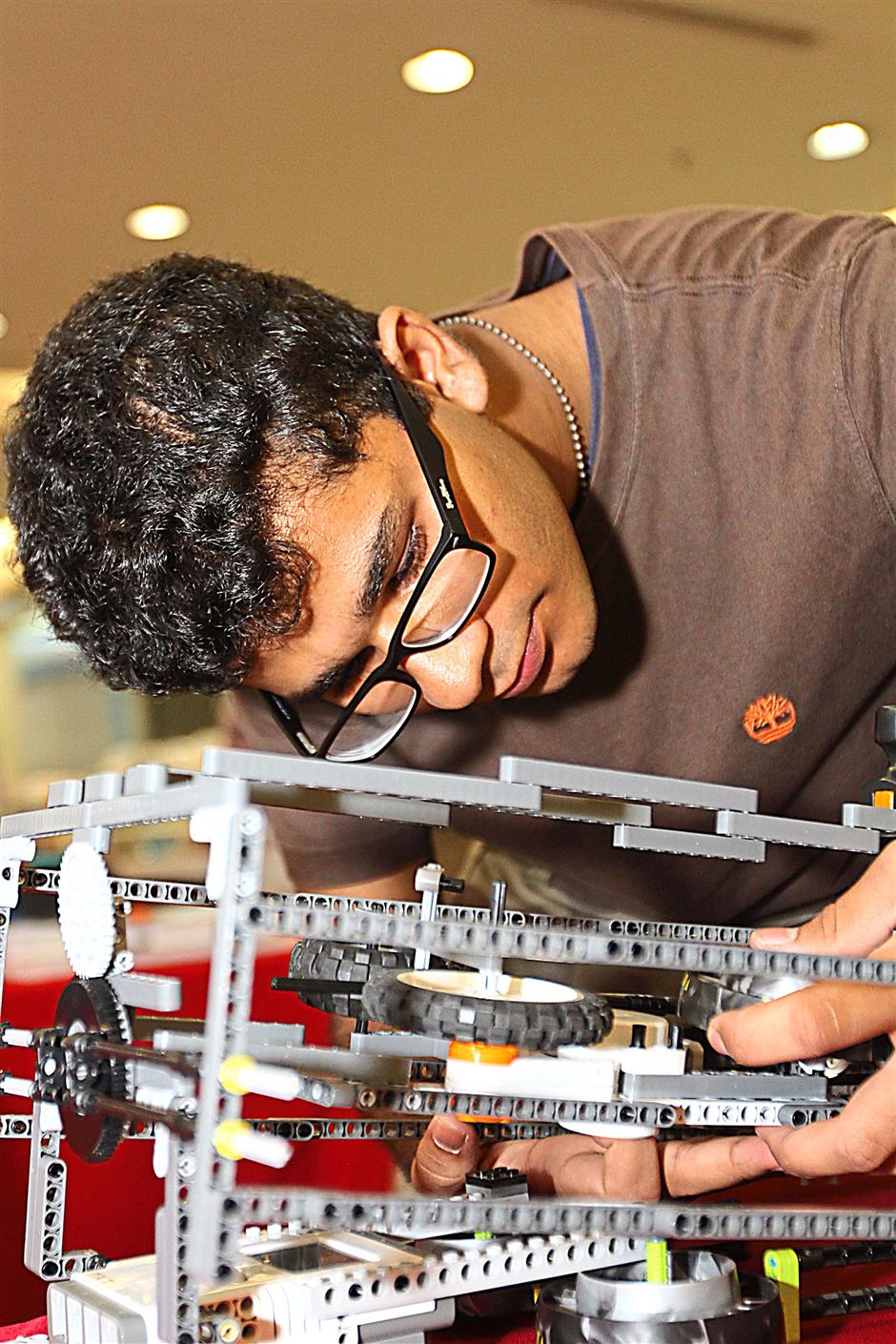 
This was followed by a “Creative Category”, where contestants built autonomous, pre-programmed robots based on the theme “Robots in Construction Site”, using their originality to find the best combination of form and function.

Contestant Dhruv Soni, 17, from CR8 Headquarters in The Summit, entered the category with a hovercraft-like machine he named “Butterfly”, a play on American-based manufacturer of construction and mining equipment, Caterpillar Inc.

“It is my second time entering the competition and I fell in love with the topic because robotics was a medium to apply what I had learnt,” he said. Young minds at work as they compete during the “SoccerBot” segment.

“Aside from engineering and programming techniques, the students also learn soft skills such as presentation, creative thinking and team work.

“The competition winners with the most innovative ideas will represent Malaysia in Singapore,” she said.

CR8, which boasts 24 franchised centres around Malaysia, including one in Sabah, will organise another competition in November.