A fascination with history leads to a book from an unlikely source.

JAMES McAnna hails from a former coal-mining town and has spent 50something years living and working in Scotland and Britain. So why has the Scotsman written a book on Pudu? After all, the old enclave in Kuala Lumpur might be in the throes of development right now but it’s hardly a tourist magnet.

But that is exactly what drew McAnna to the place when he first visited in 2006. The computer consultant had just arrived in Malaysia, on the run from a harsh British winter, and a young Malay girl touting for business at the airport persuaded him to stay in Pudu. As it turned out, Pudu’s tourist-free surrounds were perfect for an aspiring writer working on his first manuscript.

That first book was a family history set in Scotland; a book on Pudu had not occurred to McAnna yet.

But the area’s unpretentious air – its rawness, if you will – made a lasting impression on him, and several visits to Malaysia over the years always saw him heading to Pudu. KL’s marvellous malls and chic cafes were not for him. Instead, he enjoyed idling away the hours at Pudu’s old kopitiams, sipping cups of local coffee or pots of Chinese tea, watching “real” locals going about their daily lives.

In an e-mail interview from the south of England where he now lives, McAnna shares how he found himself missing Pudu when he returned to Britain. 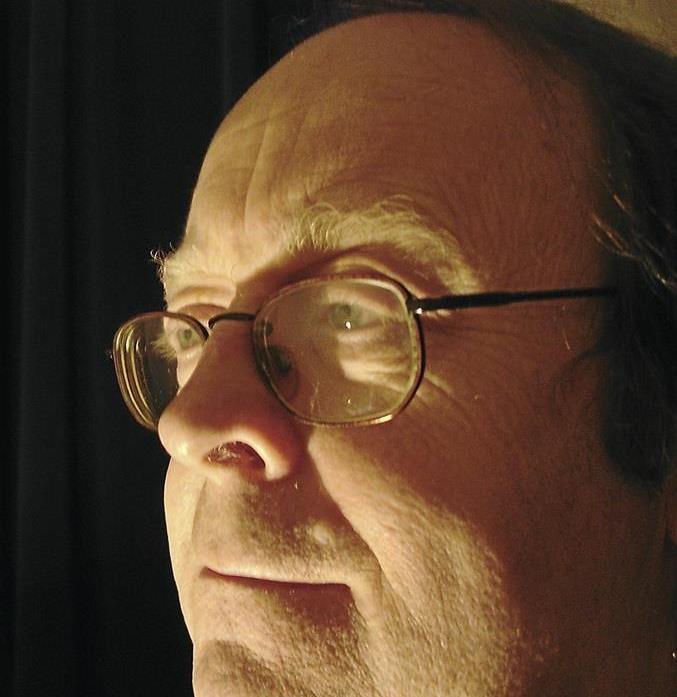 “I suppose that my earlier search for accounts of people migrating to a coal-mining town (for the book on his family’s history) influenced my curiosity towards the tin-mining community of Pudu. In many ways, the search for information and the construction of a story became inextricably linked,” he says.

He was soon digging up information about Kapitan Cina Yap Ah Loy, visiting our National Museum and discovering that there is very little documentation on Chinese history and heritage in KL.

Relevant material was gathered mostly from the Internet over six months, and once he was sure the content sufficed, he took six more months to prepare The ‘Good Brothers’ Of Pudu: A Chinese Malaysian Community Of Kuala Lumpur, a book that was published last month.

“It’s amazing what one can find online these days. Apart from visits to a couple of places in KL and my self-taken photos, my main information source was the Internet,” says McAnna.

“But there were obstacles nonetheless – the main one being restricted to just English language sources, since I don’t speak or read Chinese. What I found were mostly old books and newspaper articles from the Net, so I’m hoping that readers can provide me with old photos, family stories and Chinese sources of information for a revised edition in future.

“In fact, I’ve made some interesting new contacts in the brief time following the book’s publication. There’s a whole lot more to Pudu waiting to be discovered, I’m sure.”

The research and writing experience taught him an “awful lot about the Chinese contribution to KL’s history, and a little bit about Sun Yat Sen’s connections with KL”, he says, referring to the famous revolutionary and founding father of modern China who had visited Malaya at the turn of the last century.

“Most, if not all, sources I have come across on the Internet and in old books mention 1906 as the first time Dr Sun visited Malaya. However, I came across a 1930s source which suggests – if true – that he was there several years earlier in KL. But I have been unable to find a secondary source to confirm this.”

A section of The ‘Good Brothers’ Of Pudu mentions secret societies relevant to Pudu’s history. McAnna confesses, though, that the subject isn’t one he feels comfortable talking about, and brushes off any questions about modern secret societies.

“Suffice to say that it (the book) gives an idea of how secret societies were a major factor in the development of Kuala Lumpur and the founding of the Republic of China. The Tongmenghui, in particular, was a crucial organisation for Dr Sun and his supporters in Nanyang (the Chinese name for South-East Asia then) hoping to overthrow the Manchu dynasty.

“In the world of revolutionary politics and secret societies, the past often understandably remains well hidden – which itself may explain why it’s so difficult to find out about old Pudu. The ‘Pudu Temple’ confrontation between the police and an alleged secret society meeting in 1909 is a case in point. I’m sure there is a lot more to be discovered on that.”

(The newspapers of that time reported on the incident, a fierce gun battle between the British-led police force and Chinese men dressed in red sashes that took place in July 1909.)

McAnna’s penchant for history is evident not only in The Good Brothers Of Pudu but also in his first book, The Ulva Families Of Shotts, which he regards as a combination of memoir and historical detective work.

The “Ulva” in the title, he explains, is a small island in the inner Hebrides, off the Scottish west coast, where his great-grandfather originated; “Shotts” refers to the former coal-mining town he grew up in that is located half-way between Edinburgh and Glasgow. What started as genealogical research into the maternal branch of his forefathers ended with the discovery of long-forgotten connections between Ulva and Shotts, and his first book.

“I have discovered that history is not a dead subject, despite what some may think. Facts which seem irrelevant will gain significance as your story grows, bringing light to long-forgotten tales.

“Apart from the process of writing history, there is also people’s reaction to a bit of history. As individuals, we may well feel our part in the greater scheme of things to be irrelevant. However, I think we see in a social or local history, a little bit of the historical process in which a community changes over the years. It gives us real-life stories of ordinary people from former days to inspire us.

“And we are living through history too, just as those tin miners of Pudu did in the past. Let’s hope we have given them their place in history as founders of a great city, and I’m sure they can inspire us, perhaps even lend some sense of meaning to our lives,” he says.

Writing The Good Brothers Of Pudu brought to mind comparisons between Pudu and the hometown he wrote about in his first book, it seems.

Shotts was an iron and coal town, and his father, grandfather and great-grandfather were coal miners (McAnna has a degree in psychology from the University of Glasgow and worked in the IT industry as a consultant for several blue chip companies).

While Kuala Lumpur grew from a jungle into a tin-mining community and then a modern capital, Shotts has seen the death of heavy industry without significant expansion and is now no more than a commuter town, McAnna says.

“Pudu is one of the original places of KL. The locals can learn a lot about the early tin-miners and pioneers who built the place, whether they are walking on the streets, relaxing in a coffee shop or paying respect at a local temple.

“I hope people will continue to preserve their sense of identity, and hopefully, my book helps in a little way to bring its history to a larger audience.

“While visiting, I have seen big changes, such as the demolition of Pudu Jail, the old Peng Hwa food court and ‘The Rich Club’ on Changkat Thambi Dollah. I do miss the old Peng Hwa. While the new place is great, anyone who has been to the old one would know it was unique. But I guess nothing lasts forever,” he laments.

McAnna’s third book, Echoes Of Distant Shotts: A Family Memoir From A Scottish Mining Community, on his father’s ancestry will also be published soon. According to him, it is more than just a family’s history, it is a community history placed within a wider Scottish context.

The ‘Good Brothers’ Of Pudu : A Chinese Malaysian Community Of Kuala Lumpur by James McAnna is available from print-on-demand service Blurb (tinyurl.com/nycv7dl). Orders to Malaysia will take about three weeks to ship plus an additional four days to print. The book is priced at £12 (RM66.29) and the cheapest shipping rate is £11.99 (RM66.24). 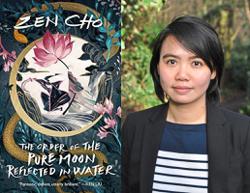 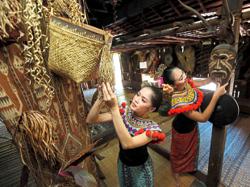