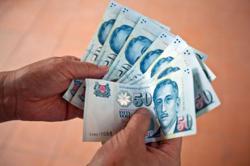 PETALING JAYA: The ringgit’s slide accelerated towards the RM4 to a US dollar level after China surprised the market by devaluing its currency, sparking concerns that a currency war might be next.

The People’s Bank of China, the country’s central bank, devalued the yuan by 2% against the dollar yesterday after announcing over the weekend that exports in July fell by 8.3%. That data was part of an ongoing set of disappointing economic data from the world’s second-largest economy that has been plagued by concerns of a slowdown.

China’s move to devalue the yuan is seen as an attempt to lift economic activity.

“There is a broad weakening of currencies against the US dollar,” said Maybank Investment Bank fixed-income analyst Winson Phoon.

Phoon said the fundamentals of the Malaysian economy were relatively stronger compared with where the ringgit was trading against the US dollar. Nonetheless, he felt the ringgit’s weakness might persist for a while, given the sentiment surrounding the local currency.

China’s devaluation is expected to reverberate throughout emerging markets that are in competition for exports against China.

“The devaluation of the yuan likely won’t end here. Currencies like the Singapore dollar, South Korean won and Taiwan dollar, which stand to compete with China, are falling and today’s move could generate headlines heralding the start of a devaluation war,” Masafumi Yamamoto, senior strategist at Monex in Tokyo told Reuters.

China’s devaluation of the yuan not only sent currencies lower but also stock markets across the region.

“China’s move is a reflection of the economic outlook in the region. It’s not that great,” said CIMB Bank group treasurer Chu Kok Wei.

The US dollar has been gaining strength as economic conditions in the US have improved. As momentum in the world’s largest economy picked up steam, so has the dollar’s value against most currencies in the world.

Economic improvement in the US has also increased the likelihood of the US Federal Reserve raising interest rates in September, which increases the attractiveness of holding US dollar.

“The culmination of events is helping the dollar’s strength,” said Phoon.

As the dollar continued its rise, the ringgit’s depreciation against the greenback has been swift, in fact faster than other emerging market currencies in the region.

The speed of the ringgit’s slide has also impacted demand on Government bonds, the latest being weak demand for a five-year Malaysian government securities (MGS) issue worth RM3.5bil.

“The bid-to-cover for the auction came on the weak side of market expectation. We maintain a cautious view on both the currency and fixed income,” said Citigroup in a note yesterday.

While the feeling is that the ringgit’s value should be higher, dealers said bondholders had started to trim their holdings of MGS. Dealers also said they would be watching the ringgit as RM10bil worth of bonds mature today.

Suresh Ramanathan, an independent interest rate and foreign exchange strategist, said as the ringgit slides towards RM4 to the greenback, there could be implications on the economy.

“At RM4, all macroeconomic variables are affected,” he said. 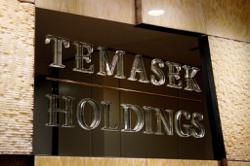