Baju kurung still a popular choice for many 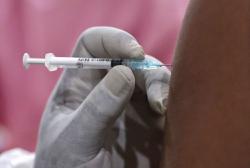 The Baju Kurung is very comfortable and can be stylish if you know how to carry it off.

If you're looking at a choice of traditional Malay dresses, your shortlist would almost certainly have the humble baju kurung. It's versatile, suitable for the festive seasons, at formal functions or even as office attire.

The dress is meant to be worn loosely and is rather conservative looking. Still, it has its own special characteristics, which represents grace and tradition for the Malays.

According to fashion expert Salikin Sidek, despite being branded ‘old fashion’ and conservative, the baju kurung is still popular.

“Baju kurung will always remain popular even though it’s perceived as ‘outdated’ by some’,” said the renowned fashion designer who is known for being the champion of traditional Malay dresses such as the baju kurung and baju kebaya.

“It’s very comfortable and can be stylish if you know how to carry it off with the right accessories like the selendang and brooches.”

According to Salikin, a typical baju kurung is worn with a sarong. This sarong can be tied in a style known as the "ikatan ombak mengalun" where the knot is tied at one side of the sarong, either on the right or left depending on the wearer’s convenience.

“This style is preferred because it’s more practical and easy for walking when you take big strides.

“Those days, the village women will have a “kain kelubung” to cover their heads as they leave their houses. This is a sort of head-cover to shade from the blazing sun or it’s simply used as a shawl,” explained Salikin.

Sometimes, the sarong is used in the form of “kain berdagang luar” where the sarong, tied at waist level, is worn over the baju kurung. This sarong is usually made of kain telepok, songket, gerus or kain batik.

Another popular traditional Malay costume is the kebaya, which, unlike the baju kurung, is a figure-hugging dress.

The materials used are often made of lace, and is heavily embroidered. It is normally worn with a batik sarong, a tight-fitting long skirt that has a slit in front; a plain long skirt; or a wrap around.

However, the kebaya has been revolutionised, and is more versatile these days. The younger generation is wearing kebaya tops with flared skirts, jeans, palazzo pants or pareo, while the kebaya itself is worn like a loose top with a camisole inside.

“Unlike baju kurung, kebaya looks more alluring and elegant. The outfit looks more gracious if you combine it with a long selendang. However, not many Malaysian women will opt for kebaya especially those who are conscious about their figure.

The kebaya, unlike the baju kurung, is a figure-hugging dress.

“You need a little bit more confidence to carry off baju kebaya compared to baju kurung,” said Salikin who has two boutiques in Ampang Park and SACC Mall in Shah Alam.

Whichever type of traditional attire you choose to wear, Salikin’s advice is to wear it elegantly with the right accessories.

“The accessories will enhance the costume and will make you more stylish. But if you dress it down then the whole aura is gone,” said Salikin who has been designing all kinds of traditional costumes for weddings and regular customers.

The Teluk Belanga has a typical neckline with no collar, stitched in the ‘tulang belut or the ‘mata lalat’ style. As the name suggests, this baju kurung hails from Teluk Belanga, the island of Singapore, which was previously the capital state of Johor.

Baju kurung made of songket.

This style of baju kurung has the stylish Mandarin-inspired collar or Cekak Musang. The prominent collar comes with five buttons including two buttons for the collar.

This form of Baju Kurung used to be made of velvet with matching songket. It is often adorned with jewelleries and is usually custom-made especially for traditional Malay weddings.

This is the latest and modern approach to baju kurung. Even the modern baju kurung has evolved with time. It is shorter, shapelier and worn with a long skirt and comes in various designs.

Unlike the typical baju kurung, kurung modern top has no pesak. Instead, it’s replaced by zip and darts while the bottom can be a long skirt, A-line skirt, pareo or mermaid skirt.

This bottom skirt also comes in different styles like wrapped, pleated, with or without slit. While the slit can take about 2 feet long either in front, at the side, the back or with just two flaps at the back.

This is the alternative baju kurung for those who want to wear something different. It is a combination of the baju kebaya and the baju kurung. It is loose and almost reaches the ankles and it is not one of the traditional clothes of the Malay.

The ‘Kebaya Kurung’ has a kebaya cut with long sleeves and fastened at the front using chained brooches. It gives out a comfortable outlook on the whole. Women who are cautious of their figure will opt for this style as it offers maximum comfort and is equally appealing.

This style of kebaya looks exactly like the short kebaya but it is longer usually below the knees and worn over a sarung. History has it that the Portuguese women wore this long fitted kebaya in 16th century perhaps being influenced by the women in Sumatra, in North Western Indonesia.

Some say the Chinese heavily influences this attire since the open-fronted long-sleeved tunic reminds one of the dresses worn by women of the Ming Dynasty. Then there is another theory, which said that the Arabs influenced this wonderful kebaya because of the emerging influence of Islam.

The Nyonyas or the Peranakan community often wears this alluring Nyonya Kebaya.

This attire has gradually transformed it into a shapely, embroidered blouse, fastened with a set of chained brooches and worn with a matching hand-drawn batik sarong and beaded slippers.

This distinct Kebaya Nyonya with its intricate and beautiful embroidery is a result of the Nyonyas of inter-marriage Chinese-Malay descendants in the straits of Melaka.

The Baju Kurung and Baju Melayu.

This is a short blouse with a baju kurung neckline and a three-quarter sleeves. It is comfortable and practical as you can move around easily because of the practical and hassle-free design.

It is worn with long skirt or batik sarung or a kain pelikat tied to the front with the grand motif infront. Those days, most married Malay women would wear this attire.

While the Malay women opt for Baju Kurung, the Malay men wear Baju Melayu. This shirt-like traditional outfit is divided into three parts. The first is the long sleeved shirt-like fastened together by studs called butang or kancing.

The studs usually made of different types of butang from the normal ones to gold, silver, precious or semi-precious stones. The studs may also be connected with a light metal chain, almost string-like, which will be concealed behind the shirt.

The collar looks like a stiff Mandarin collar known as the Cekak Musang. The second part is the trousers. These two parts are often made out of the same type of fabric.

The third is the kain samping, a skirt-type adornment, which is folded around the waist. This kain samping is made of kain tenun, kain songket or simply kain pelikat. To completeson the whole attire, baju Melayu is often worn with a headgear called songkok. - By ZIEMAN 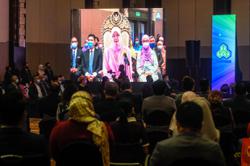