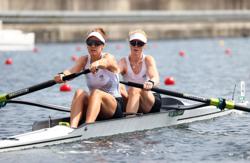 Penang's old world charms with many colonial-buildings like the Suffolk House is one of the reasons foreign tourists like to visit the place. - Photo from PAM

A poll conducted recently over the Asia Pacific region on their preferred places to visit in Malaysia saw two spots in the north of the peninsula being featured in the Top 3.

RESPONDENTS from Malaysia, Singapore, Indonesia, Thailand, Philippines, Australia and New Zealand were asked to name their top destinations they intended to visit in Malaysia this year. Of the 5,500 travellers who responded, two out of five (23.1%) picked Kuala Lumpur!

What was interesting in the poll conducted by TripAdvisor from April 14 to May 13 was that Malaysians didn’t rate KL highly in their travel plans. Their most popular choice was Penang (23.8%) followed by the twin destinations of Perhentian/Redang (13.6%) , Kota Kinabalu (11.1%), and the islands of Sabah and Langkawi at 10.83%. KL only received 9.2% of the votes.

Perhaps the Thais wanted to see how Langkawi fared in comparison to their own popular beach destinations because that was their favourite at 24.07%. Another island destination Penang was also popular at 20.37%.

The Filipinos and the Indonesians both love Kuala Lumpur while the Singaporeans lean more towards Penang.

The authorities in Ipoh, Tioman, Kuching and possibly Malacca should perhaps rethink their strategies to attract tourists if the findings from the poll were anything to go by.

It is good to note that 51.5% of the respondents for the poll initiated by The Star were from Australia, while Malaysians contributed 15.7% and Singaporeans made up 15.2%.