By JANIE HAR and CLAUDIA LAUER

A police officer uses a robot to investigate a bomb threat in San Francisco, on July 25, 2008. The liberal city of San Francisco became the unlikely proponent of weaponized police robots on Nov 29, 2022, after supervisors approved limited use of the remote-controlled devices, addressing head-on an evolving technology that has become more widely available even if it is rarely deployed to confront suspects. — San Francisco Chronicle via AP

SAN FRANCISCO: The unabashedly liberal city of San Francisco became the unlikely proponent of weaponised police robots last week after supervisors approved limited use of the remote-controlled devices, addressing head-on an evolving technology that has become more widely available even if it is rarely deployed to confront suspects.

The San Francisco Board of Supervisors voted 8-3 on Tuesday to permit police to use robots armed with explosives in extreme situations where lives are at stake and no other alternative is available. The authorisation comes as police departments across the US face increasing scrutiny for the use of militarised equipment and force amid a years-long reckoning on criminal justice.

The vote was prompted by a new California law requiring police to inventory military-grade equipment such as flashbang grenades, assault rifles and armoured vehicles, and seek approval from the public for their use.

So far, police in just two California cities – San Francisco and Oakland – have publicly discussed the use of robots as part of that process. Around the country, police have used robots over the past decade to communicate with barricaded suspects, enter potentially dangerous spaces and, in rare cases, for deadly force.

Dallas police became the first to kill a suspect with a robot in 2016, when they used one to detonate explosives during a standoff with a sniper who had killed five police officers and injured nine others.

The recent San Francisco vote, has renewed a fierce debate sparked years ago over the ethics of using robots to kill a suspect and the doors such policies might open. Largely, experts say, the use of such robots remains rare even as the technology advances.

Michael White, a professor in the School of Criminology and Criminal Justice at Arizona State University, said even if robotics companies present deadlier options at tradeshows, it doesn’t mean police departments will buy them. White said companies made specialised claymores to end barricades and scrambled to equip body-worn cameras with facial recognition software, but departments didn’t want them.

“Because communities didn’t support that level of surveillance. It’s hard to say what will happen in the future, but I think weaponised robots very well could be the next thing that departments don’t want because communities are saying they don’t want them,” White said.

Robots or otherwise, San Francisco official David Chiu, who authored the California bill when in the state legislature, said communities deserve more transparency from law enforcement and to have a say in the use of militarised equipment.

San Francisco “just happened to be the city that tackled a topic that I certainly didn’t contemplate when the law was going through the process, and that dealt with the subject of so-called killer robots”, said Chiu, now the city attorney.

In 2013, police maintained their distance and used a robot to lift a tarp as part of a manhunt for the Boston Marathon bombing suspect, finding him hiding underneath it. Three years later, Dallas police officials sent a bomb disposal robot packed with explosives into an alcove of El Centro College to end an hours-long standoff with sniper Micah Xavier Johnson, who had opened fire on officers as a protest against police brutality was ending.

Police detonated the explosives, becoming the first department to use a robot to kill a suspect. A grand jury declined charges against the officers, and then-Dallas Police Chief David O. Brown was widely praised for his handling of the shooting and the standoff.

“There was this spray of doom about how police departments were going to use robots in the six months after Dallas,” said Mark Lomax, former executive director of the National Tactical Officers Association. “But since then, I had not heard a lot about that platform being used to neutralise suspects ... until the San Francisco policy was in the news.”

The question of potentially lethal robots has not yet cropped up in public discourse in California as more than 500 police and sheriffs departments seek approval for their military-grade weapons use policy under the new state law. Oakland police abandoned the idea of arming robots with shotguns after public backlash, but will outfit them with pepper spray.

Many of the use policies already approved are vague as to armed robots, and some departments may presume they have implicit permission to deploy them, said John Lindsay-Poland, who has been monitoring implementation of the new law as part of the American Friends Service Committee.

“I do think most departments are not prepared to use their robots for lethal force,” he said, “but if asked, I suspect there are other departments that would say, ‘we want that authority’.”

San Francisco Supervisor Aaron Peskin first proposed prohibiting police from using robot force against any person. But the department said while it would not outfit robots with firearms, it wanted the option to attach explosives to breach barricades or disorient a suspect.

The approved policy allows only a limited number of high-ranking officers to authorise use of robots as a deadly force – and only when lives are at stake and after exhausting alternative force or de-escalation tactics, or concluding they would not be able to subdue the suspect through alternate means.

San Francisco police say the dozen functioning ground robots the department already has have never been used to deliver an explosive device, but are used to assess bombs or provide eyes in low visibility situations.

“We live in a time when unthinkable mass violence is becoming more commonplace. We need the option to be able to save lives in the event we have that type of tragedy in our city,” San Francisco Police Chief Bill Scott said in a statement.

Los Angeles Police Department does not have any weaponised robots or drones, said SWAT Lt. Ruben Lopez. He declined to detail why his department did not seek permission for armed robots, but confirmed they would need authorisation to deploy one.

“It’s a violent world, so we’ll cross that bridge when we come to it,” he said.

There are often better options than robots if lethal force is needed, because bombs can create collateral damage to buildings and people, said Lomax, the former head of the tactical officers group. “For a lot of departments, especially in populated cities, those factors are going to add too much risk,” he said.

Last year, the New York Police Department returned a leased robotic dog sooner than expected after public backlash, indicating that civilians are not yet comfortable with the idea of machines chasing down humans.

Police in Maine have used robots at least twice to deliver explosives meant to take down walls or doors and bring an end to standoffs.

In June 2018, in the tiny town of Dixmont, Maine, police had intended to use a robot to deliver a small explosive that would knock down an exterior wall, but instead collapsed the roof of the house.

The man inside was shot twice after the explosion, survived and pleaded no contest to reckless conduct with a firearm. The state later settled his lawsuit against the police challenging that they had used the explosives improperly.

In April 2020, Maine police used a small charge to blow a door off of a home during a standoff. The suspect was fatally shot by police when he exited through the damaged doorway and fired a weapon.

As of this week, the state attorney general’s office had not completed its review of the tactics used in the 2018 standoff, including the use of the explosive charge. A report on the 2020 incident only addressed the fatal gunfire. – AP

The 1997 chess game that thrust AI into the spotlight 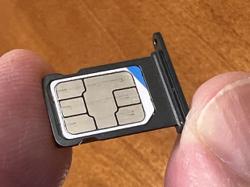