Russia is boosting its cyberattacks on Ukraine, allies, Microsoft says 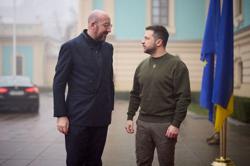 Moscow will intensify its cyber efforts to pressure the sources of Ukraine’s military and political support both domestic and foreign, according to Microsoft Corp.

In a post on the company’s “On the Issues” blog, Clint Watts, general manager of Microsoft’s digital threat analysis centre, urged customers to prepare for more Russian cyberattacks over the winter.

“Russian military intelligence actors’ recent execution of a ransomware-style attack – known as Prestige – in Poland may be a harbinger of Russia further extending cyberattacks beyond the borders of Ukraine,” Watts said.

Alongside almost two months of missile and drone strikes on Ukraine’s civilian infrastructure, there have been “complementary” cyber attacks on Ukrainian and foreign-based supply chains as well as “cyber-enabled influence operations”, he added.

In sum, those efforts are intended to “undermine US, EU, and NATO political support for Ukraine, and to shake the confidence and determination of Ukrainian citizens”.

Watts’ blog said that so far, Russian efforts to amplify popular dissent – for example, over high energy prices and inflation across Europe – have had limited impact, but they “foreshadow what may become broadening tactics during the winter ahead”.

Subscribe now to our Premium Plan for an ad-free and unlimited reading experience!
Cybersecurity Internet Technology 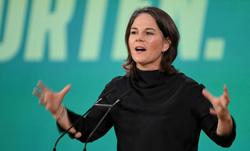