From tweeting to 'tooting': The switch from Twitter to Mastodon

Twitter is not in a good place right now. Many users, nervous about the platform's free speech policy, the company's loss of key staff and a rise in fake accounts, are switching to the next best thing, Mastodon. Should you join them? — Photo: Zacharie Scheurer/dpa

BERLIN: Twitter is not in a good place right now. Many users, nervous about the platform's free speech policy, the company's loss of key staff and a rise in fake accounts, are switching to the next best thing, Mastodon. Should you join them?

Twitter is about to implode. Or maybe not? It's anything but clear what fate awaits Twitter in the coming weeks and months. In any case, the company is in a rough spot after it lost numerous critical employees in a mass cull.

Twitter's sales revenue meanwhile appears to be at risk after Elon Musk's blue tick policy backfired and prompted a shower of "verified" fake accounts, such as a genuine-looking Pepsi account tweeting that Coke is better.

Many users, fearing that Twitter will soon become a safe haven for far-right trolls and misinformation under Musk's free speech policy, have since found their way onto Mastodon.

Mastowhat? Mastodon, once a lesser-known social media platform used mostly by tech nerds, has been put in the spotlight during Musk's chaotic takeover of Twitter.

Picture the exact same kind of platform as Twitter, only fewer ads, fewer algorithms, and, alas, much fewer users.

Once you get past a little jargon at the beginning, it's not difficult to get up and running. Here's how it works and what it can do.

What's with the name?

Mastodons were primitive, elephant-like animals that became extinct around 10,000 years ago at the end of the Ice Age. That's why you won't see phrases like "tweet" from the so-called "bird app". On Mastodon, you "toot."

The idea for the name came from Eugen Rochko, who founded Mastodon in 2016 and has been developing it ever since, free of advertising and tracking. The entire software development is financed by donations.

What can Mastodon do?

Mastodon shares the same basic features as Twitter. You can follow others and see their posts, which are called toots, not tweets.

Just like on Twitter, you post short texts with attached pictures, videos, audio or polls. You can also limit who can see your tweets – ahem, toots.

The same goes for direct messages, hashtags and trending topics. You can also retweet other toots, only that here it's called "boosting". Like on Twitter, you can secure your account by adding two-factor authentication to your login, meaning you need to confirm logins on new devices.

You'll have to decide that for yourself, of course, but advocates say there are two major benefits over Twitter – a timeline that isn't reordered by algorithms like on Twitter and a decentralised network that isn't controlled by one company.

First of all, your start page is where you can find posts from all the people or organisations you follow in chronological order. Mastodon strictly adheres to chronology.

That means there are real timelines, unlike Twitter's re-ordering of tweets as determined by algorithms designed to increase your interaction.

"Your home feed should be filled with what matters to you most, not what a corporation thinks you should see," reads the mission statement on the Mastodon page.

Secondly, Mastodon is also a decentralised social network, connected and powered by open source, free software. Whether it's for an organisation or a private user, anyone who wants to can run an independent Mastodon server. These are called "instances" and each one exists independently of other instances.

That means that control is not in the hands of one company – or one "free speech absolutist" billionaire oligarch – but in the hands of those who wants to participate on running the server.

It helps to know this before you sign up, since you'll need to pick an instance for your account. Many – but not all – instances focus on a topic of interest, be it LGBTQ+ issues, cloud computing or just a particular country or city.

Once you have signed up to an instance, you'll be able to see a feed of what everyone on that instance is tooting in the "local" view.

The "federation" view, on the other hand, broadens your perspective to all toots from all servers. Like the start page, the local and federation views are also organised as timelines.

Those leaving Twitter, meanwhile, may argue that it's biggest advantage is that it's not Twitter, a company recently decimated by tech tycoon Elon Musk in an effort to secure profitability, measures that some fear have undermined the company's long-term stability.

Meanwhile, Musk's push for free speech and amnesty for banned users, combined with a chaotic roll-out of blue ticks for cash, followed by fake accounts spoofing companies and celebrities, has worried many long-time users about a surge in far-right content and fake posts.

There's no denying that Mastodon doesn't come anywhere close to the scale of Twitter, and the vast majority of major celebrities and media organizations on Twitter have yet to make the jump.

While Mastodon does have many of the same features, the switch feels somewhat like moving from a buzzing city like New York to a small town in a different country.

While the absence of algorithm-based feed of toots has its benefits, it can make for rather dull scrolling depending on what accounts you follow.

One media account tooting a dozen or so stories can quickly clog your feed and drown out other potentially interesting toots you may have missed earlier in the day.

At the same time, social media nerds and news junkies may find themselves missing Tweetdeck, the advanced version of Twitter.

First of all, it's important to know that no matter which one you choose, you'll always be able to see content on all the other servers and interact with all the other users. That's the purpose of the "federation" view.

However, every server operator can block other servers. And it can set rules that then apply to the users of its own server. So it makes sense to look for a community with which you can perhaps not only identify thematically, but whose moderation suits you overall.

Are there server directories?

Yes, a server directory can be found on the. It only contains servers that consistently commit to moderating against racism, sexism and transphobia.

Another possible starting point for your own Mastodon account is the page "Instances.social", which currently lists more than 3,700 servers worldwide. If you answer a few questions, you will be shown a list of servers that might suit you.

Although you can register directly with many servers, there are also instances where you first have to request an invitation, which no longer accept new members or which are basically closed.

Wait, what if I later find a community I like better?

No problem. You can have several accounts on different Mastodon servers at the same time. You can also move an existing account with your followers to a new account on another server at any time. Instructions can be found directly in the account settings or in the Mastodon documentation.

In the settings under "Import and Export" you can also download the other data categories (except media) in CSV format, such as lists or bookmarks. And not only to import them into the new account when you plan to move.

Regular backups are also a good idea in case the instance on which you are logged in is unexpectedly switched off. All data categories including media storage can be downloaded once a week as an archive.

So I've found the right instance – now what?

Selecting the server was already half the battle. Now you have to hit "Create account" on the page of your preferred instance, accept the respective server rules, enter an email address and specify both a display name and profile name (preceded by @).

The user name is extended with the name of the community domain so that communication and searches are possible across server boundaries (example: @profilname@community-name.com).

What are my first steps as a new user?

After registering, you'll need to complete your profile (picture, background, interests) and adjust notifications and privacy settings in the settings. For example, you can set it so that followers can only follow you after approval.

You can also specify that your own posts do not go into the public timeline by default. Nevertheless, when writing a post, you always have the option to make a different setting for this post individually using the lock symbol.

How can I find my Twitter contacts on Mastodon?

There are services like or that can analyse your Twitter profile to see which contacts are also on Mastodon. This information is available as a list that can also be saved in CSV format and then imported into Mastodon.

If you plan on staying on Twitter for the time being, then it's not a bad idea to change your username to your Mastodon profile name. That way, every time you tweet, your followers see that you're on Mastodon and know how to find you.

For it to work, you need to enter the profile name and community domain, eg. "@profilname@community-name.org", not just "@profilname".

Are there also apps?

Yes. In addition to the web app and the official apps for Android and iOS, which have been available since April 2022, there are various third-party apps for different platforms and operating systems. – dpa

Mastodon struggles to keep up with flood of Twitter defectors

Mastodon: What is the social network hailed as a Twitter alternative? 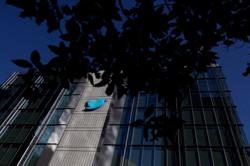