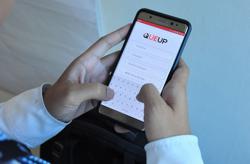 Google now faces more than 21 million customers, instead of just a handful, in a lawsuit alleging its app store collects exorbitant fees.

A federal judge exponentially increased the Alphabet Inc. unit’s damages exposure by granting class-action status Monday in a suit alleging that Google Play has abused its power over the sale and distribution of Android mobile applications.

The actions threaten the billions of dollars in revenue generated by Google Play, according to Bloomberg Intelligence analyst Jennifer Rie.

Google representatives didn’t immediately respond to a request for comment.

The class approved by the judge includes Google Play users since August 2016 in 17 U.S. states and territories not represented in the suit filed in July 2021 by state attorneys general, Karma Giulianelli, an attorney representing consumers, told Donato at an August hearing. Almost 70 million consumers are covered by the states’ suit, she said.

The consumers claim Google inflates Android app prices by taking, with some exceptions, a 30% cut of sales on Google Play. But for Google’s anti-competitive conduct, the company would "offer discounts, more subsidies in the form of rewards” to bring users to its marketplace, Giulianelli said at the hearing.

Google’s attorney, Justin Raphael, argued against letting the case proceed as a class action, saying there are too many differences among app transactions to group users together. Apps have a varied price and cost structure, Raphael said at the hearing.