What is Hive Social? App hits 2mil users as buzzy alternative to Twitter

Hive combines concepts from a variety of social networks, including Instagram, Twitter and even MySpace, such as letting users add music to their profiles from Spotify or Apple Music accounts. — Hive Social

Business Insider reports Hive now has more than 2 million users and is currently in the top 20 on the U.S. App Store after another Twitter alternative, micro-blogging platform Mastodon, saw similar growth earlier this month.

“Hive may feel more comfortable to former Twitter users looking for a new home because the app has a simple and familiar set of navigation options — there are tabs for viewing the main timeline or feed, a “Discover” section for exploring the social network, a tab for accessing your profile, and another for your notifications, for example. In the center, there’s a button to create a new post,” TechCrunch says. “Hive also uses the same follower-based model as Twitter, as opposed to the mutual friending model you’d find on a network like Facebook.”

Comedian and actor Patton Oswalt told his 4.9 million Twitter followers that he joined Hive Social this week, asking fans to be patient with some bugs like issues searching for usernames due to the influx of new users.

“It’s two people running a social app that suddenly MILLIONS of people have migrated to give ‘em a couple of days!!!” he joked.

So what is Hive?

Hive Social launched in 2019 initially as a Gen Z-focused social app created by Kassandra Pop, according to TechCrunch. Hive combines concepts from a variety of social networks, including Instagram, Twitter and even MySpace, such as letting users add music to their profiles from Spotify or Apple Music accounts.

Pop, 24, also sought a user-friendly feed after seeing complaints about how algorithms affect micro-influencers on other platforms.

“We didn’t want to take it upon ourselves to say, ‘Hey, we think you’ll like this post, so we’re going to show it to you.’ You know who you’re following and those are the posts you want to see. You want to see your friends and family, so we just kept it simple and people seem to really like the chronological feed,” Pop told Teen Vogue last year.

Hive guidelines warn against spam and malicious content, such as threats or hate speech, while allowing for NSFW content, such as artistic or creative nude images, if users mark them as not-safe-for-work with a “NSFW Mature” button. TechCrunch reports some users have raised concerns about security, vague terms of service, and non-unique usernames which could lead to impersonation.

Pop told Business Insider that the small company is working to keep up with demand, recently hiring a third developer on Friday. She also said that they’re working to fix issues, including duplicate usernames.

Hive is available for iOS and Android users for free at Hivesocial.app or through the Apple App Store or Android Beta. (Note: The app is different from an older Hive Social app, previously hosted at hivesocial.com.) No desktop version is currently available, emphasizing smartphone users.

Mastodon struggles to keep up with flood of Twitter defectors

Mastodon: What is the social network hailed as a Twitter alternative? 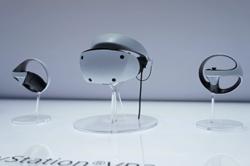