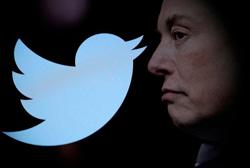 Law taking effect on Dec 15 requires site operators and moderators to filter out ‘harmful’ news-related comments or face a range of penalties. Move comes amid growing public anger over China’s strict zero-Covid policy, with many turning to the Internet to vent. — SCMP

Chinese social media and web video platforms must approve all news-related comments before they go online and step up training for censors to keep out “harmful” content, according to new regulations taking effect on December 15.

The new law, an updated and approved version of the 2017 Regulations on the Administration of Internet Post Comment Services, was publicised by the Chinese internet watchdog on Wednesday.

The aim is to “regulate posts and comments online, maintain national security and public interest, [and] protect the rights and interests of citizens”, the Cyberspace Administration of China (CAC) said in outlining the new rules.

Compared with the 2017 version, the new law focuses more on clarifying the responsibilities of internet service providers and operators, and directs online platforms to hire content moderation teams that will review all comments and filter out “harmful ones”.

All types of comment are covered by the requirements – including original posts, replies, and real-time comments that appear on top of a video.

The proposed rules also specify the punishment associated with violations: operators failing to observe the regulation will face warnings, fines, and suspension of commenting features or even the entire service.

Social media platform operators in China, such as Weibo and WeChat, have yet to publicly respond to the new rules.

However, many already have keyword-filtering algorithms in place to censor sensitive information, and also recruit new moderators annually.

The reaction from Internet users was mixed.

“Why don’t you just shut down the Internet in general?” ran one comment on Weibo, China’s Twitter-like microblogging service.

Responses under other accounts voiced unanimous support for the new regulations, though the page showed that comments were “selectively displayed by the bloggers”.

The updated rules represent the latest in a series of regulations tightening controls over China’s Internet.

In 2017, China launched its strict real-name registration system for social media, requiring users of Weibo and instant messaging service WeChat to authenticate their accounts with their national ID, mobile phone number and other personal information.

As lockdowns, mass Covid-19 testing and border controls disrupted life following sporadic outbreaks nationwide, many people in China turned to live-streaming sites and social media to vent their anger, often posting comments during online press conferences as they called for restrictions to ease.

Others shared videos or articles about people under lockdown being denied medical resources having to go without food or water for days.

Some posts prompted official investigations, including the most recent case of a four-month-old with breathing difficulties, who died after allegedly being denied ambulance services because her father had tested positive.

But most critical posts tend to be silently scrapped from the Internet, and a few people have even been detained for “spreading rumours” or “disrupting social order”.

Earlier this week, three men in northwestern Xinjiang region were investigated by local authorities for allegedly having “maliciously flooded” live-streaming sites with comments about Covid-19 controls.

No details were given about the “malicious comments”, except that one of them repeated the word “Urumqi” – seen as an appeal to call attention to the strict measures in the capital city of Xinjiang, locked down on and off for about six months.

The three men were accused of disrupting public order on the Internet and causing adverse social impact.