The idea is to be able to use a veritable army of these 'insects' to go into areas that are inaccessible to humans, or even dangerous, and to inspect the quality of the environment thanks to various sensors. — RIKEN/AFP Relaxnews

In Japan, researchers have unveiled a strange electronic insect, capable of moving around in any natural environment, with the help of an integrated remote control module and solar battery. The idea is to be able to entrust these tiny robots with environmental monitoring missions in places that are very difficult to access.

An international team, led by researchers from Japan's RIKEN research institute, has developed a kind of electronic cockroach, equipped with a tiny wireless control module, and powered by a battery that can be recharged using solar energy alone.

The thin, light and flexible materials used to make it allow this strange kind of insect to move around easily, for practical uses.

The idea here is to be able to remotely control these micro-robots. The challenge was obviously to miniaturise to the extreme all the components necessary for its proper functioning. The device measures just over 6cm long and looks like a real cockroach, with relatively natural movements when it moves.

Some parts have been 3D printed to create a slightly curved surface. Meanwhile, the module containing the solar cells is only 0.004 mm thick! Had it been thicker, it would have considerably slowed down the speed of movement of the robot, and could even have prevented it from turning itself over after a fall.

The idea is to be able to use a veritable army of these "insects" to go into areas that are inaccessible to humans, or even dangerous, and to inspect the quality of the environment thanks to various sensors. However, these missions have yet to be defined.

Developing tiny robots to monitor the environment is becoming a real trend. In 2021, American researchers previously presented tiny flying chips that, when launched via the air, could help monitor the evolution of pollution or certain diseases in specific regions. – AFP Relaxnews 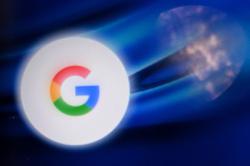