The company caught three smokers and fired two of them. The other had his bonus cancelled. People in China said it was an obvious example of overzealous surveillance in the country. — SCMP

A company in southeastern China has denied that it installed surveillance cameras in its employee toilets to monitor if workers were violating its non-smoking policy after alleged pictures went viral earlier this month.

Facing severe criticism online, the subsidiary of state-owned battery manufacturer, China Aviation Lithium Battery, in Xiamen, Fujian province denied the existence of the cameras and said it had called the police.

Three photographs, allegedly of employees hiding in toilet cubicles to smoke on separate occasions, were reportedly shared internally and then leaked online, where they went viral, according to mainland Chinese news company Red Star News. 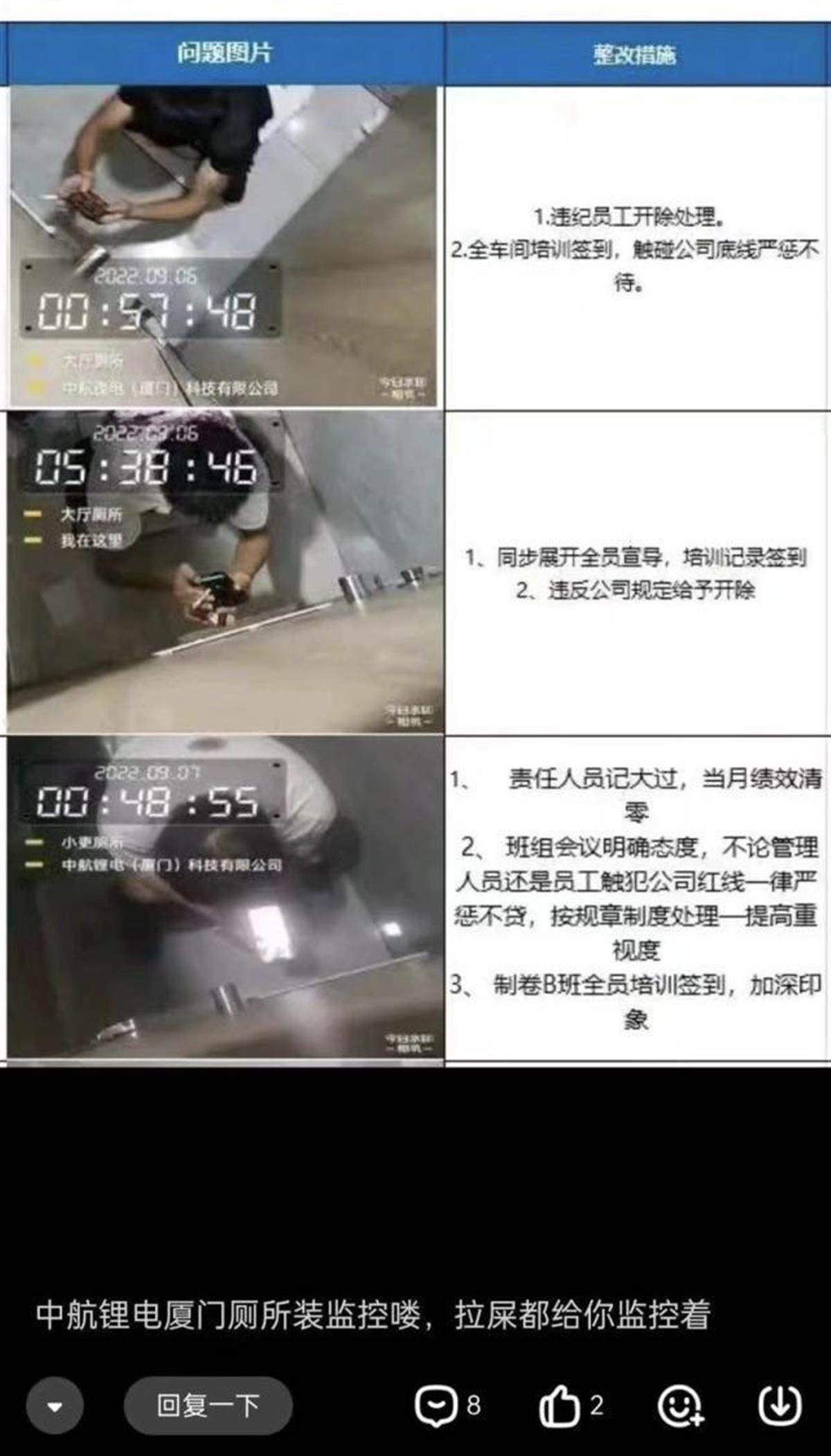 The three men were photographed sitting on a toilet while smoking and using their mobile phones, and the company reportedly used the images to warn other employees about violating company policies, according to an internal file that emerged on mainland Chinese social media last week.

The photos sparked serious privacy concerns online, with many people saying it was another example of overzealous surveillance in China.

“The company should be punished for abusing surveillance cameras,” one commenter wrote.

Another asked: “Don’t they know there are devices called smoke detectors that are useful for catching smokers?”

Along with the photos, the battery company allegedly publicised each man’s punishment – two were fired, while one got his monthly bonus cancelled and a formal warning.

It said that the employees had “crossed a line” and therefore deserved “serious penalties”, without specifying which rule they breached.

A staff member told Red Star News that the surveillance cameras were installed earlier this year to catch indoor-smoking violators.

“The cameras will definitely catch private moments, but frankly speaking, the policy has advantages and disadvantages,” he said, responding to public criticism that the cameras infringed on personal privacy.

Just two months ago, a technology company in Shenzhen also landed in hot water for installing a surveillance camera on top of each workstation in its office. The firm later defended its decision and said it was trying to stop confidential information from leaking because its employees specialise in developing online games.

China has the world’s largest surveillance network, but there has been pushback in recent years as the public has become more aware of the sheer volume of cameras.

Over half of the world’s surveillance cameras were located in China in 2019, according to a report from industry researcher IHS Markit from that year.

In 2020, a group of artists in Beijing tried to move around the city while evading surveillance cameras to bring attention to their presence and found themselves having to engage in increasingly ridiculous movements to avoid catching the eye of the CCTVs. – South China Morning Post

Your next smartphone could detect hidden spy cameras

US beekeepers turn to anti-theft technology as hive thefts rise