On summer’s hottest days, Amazon workers brought their own thermometers 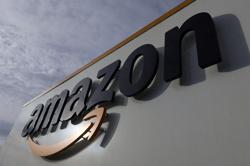 Amazon packages are seen at an Amazon warehouse in Mexico City, Mexico. According to the document, distributed last week by the Warehouse Worker Resource Center, their experience at the facility known as KSBD was defined by stifling temperatures, employee activism and in some cases concessions from the ecommerce giant. — Reuters

As California prepared for what would be a record-setting heat wave this month, so too did workers at an Amazon air freight hub in San Bernardino.

They distributed among a dozen colleagues handheld thermometers to covertly document workplace temperatures, then compiled the results in a first-of-its kind report about conditions at Amazon during extreme temperatures.

According to the document, distributed last week by the Warehouse Worker Resource Center, their experience at the facility known as KSBD was defined by stifling temperatures, employee activism and in some cases concessions from the ecommerce giant. Its release is another sign of the mounting labour movement at Amazon, where unionisation efforts and protests are growing commonplace – including a walkout at the same facility last month.

Workers “did not wait for Amazon to decide to take their health seriously”, the report said, and “documented extremely high temperatures and grave inconsistencies with Amazon’s own temperature monitors”.

Amazon spokeswoman Mary Kate McCarthy Paradis called the report's findings “misleading, or simply inaccurate”. In an email, she said the KSBD building is staffed with a team of trained safety professionals who monitor the temperature and take extra measures when necessary, including ensuring employees take additional breaks. Paradis said Amazon overall has more than 8,000 safety professionals across its work sites to support employees.

"The report ignores the robust protocols we have in place, which meet or exceed industry standards and OSHA guidance," Paradis said.

From Aug 31 to Sept 6, workers took temperature readings inside the warehouse, within aircraft cargo holds and on the tarmac, where scores of workers load and unload freight from aircraft.

On Sept 4, one worker recorded a 121°F (49°C) temperature on the tarmac, according to the report. Recorded highs in the area reached 110°F (43°C) during the heat wave, but near dark surfaces and expanses of pavement temperatures could easily read 10 degrees hotter, said Alex Tardy, a National Weather Service meteorologist in San Diego.

When instructed to take a break inside a cooling station – a van parked nearby – that worker checked their digital thermometer and snapped a photo. It was 90°F (32°C).

When temperatures in outdoor work areas exceed 80°F (27°C), the state Division of Occupational Safety and Health, or Cal/OSHA, requires that employers provide access to shade, training and water, and guarantee the right to preventive cool-down rests when workers need them. In high heat conditions, defined as temperatures of 95°F (35°C) or higher, employers are required to remind workers of safe practices, encourage breaks and drinking of water, and observe them for signs or symptoms of heat illness.

There is no equivalent indoor heat standard yet in place. California lawmakers approved legislation in 2016 requiring Cal/OSHA to develop an indoor standard by 2019. Cal/OSHA submitted the proposed rule to the state’s Department of Finance in 2021; no standard has been implemented. However, per Cal/OSHA rules, employers are obligated to maintain a safe workplace and are required to develop appropriate plans to do so.

The report said two groups of about 50 workers approached the facility’s general manager at the onset of the heat wave – on Aug 31 and Sept 2 – to remind the company to comply with existing state law on workplace safety and outdoor heat illness prevention rules.

The report said Amazon immediately took steps to address some concerns raised in the meetings, including providing cooled water, ice chests and electrolyte packets. The company encouraged more cool-down breaks and in some indoor areas added more fans, according to the report.

Paradis said that competing cargo facilities fall far short of KSBD and other Amazon air hubs, which are “fully climate controlled and have both air conditioning and high velocity fans to increase air flow”.

“We take the health and safety of our employees very seriously, and are always working hard to support them,” she said.

Amazon did not respond to The Times’ requests for data on temperatures the company recorded in KSBD during the heat wave; nor would the company comment on workers' temperature readings. Amazon spokesperson Paul Flaningan told CNBC in mid-August the highest recorded temperature in the facility was 77°F (25°C).

The report said workers at times felt the indoor temperatures Amazon displays on a monitor by the facility entrance were not reflective of hot conditions they experienced. Temperatures Amazon displayed on its entrance monitor typically stayed in the mid-70s, and peaked in the low 80s, according to photos snapped of the screen the week of the heat wave. According to the report, a temperature of 89°F (31.6°C) was recorded in the same area.

Rex Evans, who works outdoors loading and unloading cargo from aircraft, said he was wary of Amazon’s reporting. He said he observed an employee from the safety department take a temperature reading underneath the plane, in the shade, which he believes would skew the result.

Sara Fee, who works in an area of KSBD called the “outbound dock”, said she thinks that by confronting managers at the onset of the heat wave, workers prevented heat-related hospitalisations. “We saved lives,” she said.

One worker, who spoke on the condition of anonymity fearing professional repercussions, said that for the first two days of the heat wave, supervisors made a point to encourage breaks. Soon after, the worker said, the pace picked up and the schedule was back to normal. There usually isn’t time during the approximately four-hour process of loading an aircraft to take breaks that last longer than a minute or two, the worker said. There is not even time to use the restroom.

Tim Shadix, legal director at the Warehouse Worker Resource Center who helped to compile the report, said the documented temperatures, including indoor temperatures in the mid-80s “can be really dangerous” for people doing strenuous exertion for 10-hour shifts.

Installing effective cooling mechanisms indoors to keep the temperature below 80°F (27°C) is crucial to workplace safety, said Debbie Berkowitz, a former chief of staff and senior policy advisor for the Occupational Safety and Health Administration during the Obama administration.

A company like Amazon, known for high worker turnover rates in its warehouses, needs to ensure it is making workers aware of safe practices during heat, Berkowitz said. That’s because risk mounts for newly hired workers who are not yet acclimated. These measures are simple to implement, she said: “It’s water and rest. It’s not rocket science.”

Impetus for self-documenting temperatures came as part of the Amazon group’s push for higher pay.

The group, which calls itself Inland Empire Amazon Workers United, first lodged complaints of suffocating heat both indoors and outdoors in early summer.

Amazon installed a TV monitor at the entrance in mid-July listing recorded indoor temperatures in various wings of the facility and created an additional rest area to counter heat, workers said.

In August, scores of workers at KSBD walked off the job, calling for Amazon to raise the base pay rate to US$22 (RM101) an hour, up from about US$17 (RM78) an hour. Organizers have said about 160 workers participated. Amazon has disputed that number, saying 74 of the roughly 1,500 employees at the facility walked out.

More than 900 employees have signed a petition demanding the pay raises, according to the Warehouse Worker Resource Center.

As California sizzles, Amazon drivers feel the heat over metrics

Subscribe now to our Premium Plan for an ad-free and unlimited reading experience!
Environment e-Commerce Technology 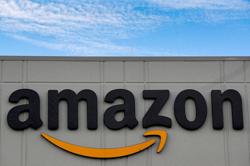