An Oklahoma father was arrested after authorities determined he put hidden cameras in a cabin he rented for his child and other teenagers, deputies say. — AP

An Oklahoma father was arrested after authorities determined he put hidden cameras in a cabin he rented for his child and other teenagers, deputies say.

The hidden cameras were discovered in a cabin at the Keystone State Park campgrounds in Sand Springs, Oklahoma, according to the Tulsa County Sheriff’s Office. The father had rented the cabin for his daughter’s birthday party, KOTV reported.

The man’s teenage daughter and her four teenage friends discovered one of the cameras in a USB wall charger in a bathroom and another pointed at a shower, according to an affidavit obtained by KOTV.

The father turned over the cameras to authorities, but they did not contain the SD cards because he had burned them with lighter fluid, according to KOTV.

“Numerous electronic devices” were taken from the man’s house during the investigation by the US Department of Homeland Security, Oklahoma park rangers and the sheriff’s office, according to a Sept 12 news release.

Those devices contained child sexual abuse material and hidden camera footage with naked photos and video of three minors inside his home, the news release said.

He also had “recorded himself soliciting a sexual act from a minor victim in his home, even offering to pay them”, according to the release.

“Investigators have learned that (the suspect) holds a minister’s license, has been on missionary trips and performs handyman work for multiple community members,” the news release said. – The Charlotte Observer/Tribune News Service

Woman being filmed in dance studio bathroom spots camera thanks to TikTok, US cops say 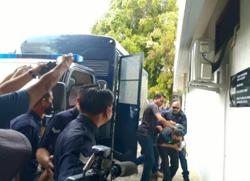 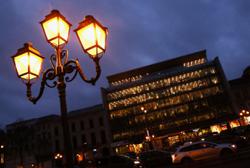