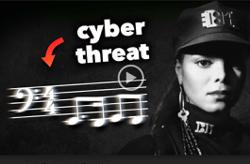 One of the frequencies in part of Jackson's single happened to match up perfectly with the natural resonant frequency of the 5,400rpm hard drives used in older laptops. — AFP

Back in the heydays of Windows XP in the early 2000s, an unnamed computer manufacturer made a discovery that was more than just a bit surprising: when the music video for Janet Jackson's 1989 hit single Rhythm Nation was played, certain models of laptops ended up crashing.

In a post made on The Old New Thing, the developer blog on Microsoft's website, Raymond Chen, a principal engineer at the company, elaborated that the manufacturer ended up making some key discoveries while investigating what exactly caused the crashes.

The story Chen shared on the blog revealed that the crashes were also happening to the laptops made by their competitors, and even when played on a different device, the track still managed to crash other laptops in the vicinity.

A closer look showed that this was because one of the frequencies in part of Jackson's single happened to match up perfectly with the natural resonant frequency of the 5,400rpm hard drives used in the laptops.

This matching frequency apparently could damage the hard drive, which resulted in the manufacturer implementing a workaround for the problem by adding an audio filter to prevent that frequency from being produced during playback.

Chen joked in the post that he was confident that the maker of that audio filter had put a digital version of a "do not remove" sticker on it.

Funnily enough, he added that there's a possibility that no one at the manufacturer even remembers why the filter was added there in the first place, considering the model of hard drive that this was meant to protect isn't even being used anymore.