Many of the apps had vague privacy policies that didn't spell out what data could be shared with government agencies or law enforcement. — Technology phone photo created by jannoon028 - www.freepik.com

Many popular reproductive health apps are lacking when it comes to protecting users' data privacy, according to a new report highlighting the potential legal risk to people seeking an abortion.

After studying 20 of the most popular period-tracking and pregnancy-tracking apps, researchers from the nonprofit Mozilla Foundation found that 18 of them had data collection practices that raised privacy or security concerns. The report also considered five wearable devices that track fertility but did not raise concerns about their data collection.

ALSO READ: Should you worry about data from your period-tracking app being used against you?

Many of the apps had vague privacy policies that didn't spell out what data could be shared with government agencies or law enforcement, said Jen Caltrider, lead researcher for Mozilla's “Privacy Not Included” buyers' guide for connected consumer products, which produced the report.

Ideally, she said, companies would publicly commit to handling data requests from law enforcement by requiring a court order or subpoena before handing over any data, working to narrow requests as much as possible and alerting users about any requests, she said.

Experts have said health data input into most period-tracking apps isn't subject to the Health Insurance Portability and Accountability Act, also known as HIPAA, which regulates how health providers and other entities must treat patients' data. A vague privacy policy can mean users won't know what data are being shared, with whom and under what circumstances, forcing users to blindly trust a company to protect their information.

"It gets really grey and really slippery very quickly," Caltrider said. "It's really hard to be certain exactly what is being shared and with whom."

That could be a concern in states that moved to prohibit abortion following the Supreme Court's reversal of the landmark Roe vs Wade decision.

Residents of California, where abortion remains legal, do get some protection from the state's data privacy laws. Californians have the right to access, delete and opt out of the sale and sharing of their personal information.

"Small health apps that are collecting health information or even the Fitbit that your doctor tells you to wear may not be covered under HIPAA, but they are most likely covered under the California law," said Ashkan Soltani, executive director of the California Privacy Protection Agency, which implements and enforces the state's consumer privacy laws.

And starting next year, Californians will have additional protections, such as restrictions on a company's ability to collect data for purposes other than its main function.

These laws apply only to California residents, not to out-of-state travellers who might come to California seeking an abortion. It may, however, give California consumers who travel to other states additional protections on their data, Soltani said.

In addition to vague privacy policies, the Mozilla report also found that some apps allowed weak passwords or were not clear on how algorithms used to predict ovulation and fertility time frames operated.

Consumers often want to but don't know how to protect their privacy or don't see immediate harm from not doing so, Caltrider said. But as the monetisation of user data only continues to increase, consumers should see this as a "tipping point," she said.

"Last time abortion was illegal, we didn't have the Internet. Digital surveillance wasn't a factor," Caltrider said. "It is very much now. It's time that we really start to consider that there are harms when our privacy is violated." – Los Angeles Times/Tribune News Service 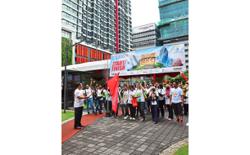