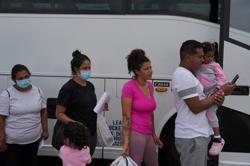 Despite these alarming figures and trends, about 46 million Americans — nearly 17% of the adult population — own the original cryptocurrency bitcoin, according to a survey by the New York Digital Investment Group. — Photo by André François McKenzie on Unsplash

Investors around the world are questioning the future of cryptocurrency as federal regulators attempt to rein in the industry and prices continue to drop, begging the question: Where is crypto headed?

In recent reports, the cryptocurrency market has lost more than US$2 trillion (RM8.91 trillion) since its peak in November 2021. Combine the huge losses with regulatory nightmares and bankruptcies, it's an industry some investors wouldn't touch with a 10-foot pole. In the last few weeks alone, the SEC announced investigations into Coinbase, a crypto marketplace that recently had a manager charged with insider trading and is currently being plagued by bankruptcy rumours. Other regulators ordered cryptocurrency brokerage Voyager Digital to cease from telling customers their deposits are protected from losses by the Federal Deposit Insurance Corporation when they are in fact, not.

Despite these alarming figures and trends, about 46 million Americans — nearly 17% of the adult population — own the original cryptocurrency bitcoin, according to a survey by the New York Digital Investment Group. One of those investors happens to teach consumers around the world about cryptocurrency from right here in Cobb County.

Ben Armstrong, a self-described crypto millionaire who runs the HIT Network, a collection of content creators with a studio in Kennesaw, will be the first to admit that he's lost everything in the crypto market more than once.

"I actually lost everything twice in crypto before I finally figured it out," he said. "It took me nine years from the first time I bought bitcoin to become a millionaire in crypto."

After first investing in bitcoin in 2012 to buy software for one of his many businesses, today Armstrong runs a YouTube channel and TikTok account under the moniker BitBoy Crypto, teaching viewers about investing in the market. His videos on the industry have captured millions of eyes, with about 1.45 million subscribers on his YouTube channel alone.

For those unsure about what bitcoin is, Armstrong described it as similar to the way consumers can either receive payment or send money via PayPal.

"But the difference would be is there's no intermediary, you're literally sending value with each transaction," he said. "Like with PayPal, for instance, you're still sending dollars through PayPal but with bitcoin, we call it a network of value, whereas most other online portals are networks of information so they're sending information, the money comes on the back end, whereas bitcoin is directly sending money, sending value."

Armstrong said he sees sceptics from two camps: from a technology and a price standpoint. He said those who are doubtful of the technology resemble the critics of the Internet when it was in its infancy. Much like the Internet in its early stages, the crypto market is facing scams, busts and bubble bursts, he said, but recalls the Times article when a merchant claimed "no one would ever shop online."

"But overall, if you look at the continued progress of crypto and when you look far into the future, you have to understand we're not using paper dollars and pieces of metal 100 years from now," he said. "Everything's going to be digital. And blockchain is the evolution of that."

While some may see the current downtrend of bitcoin and other cryptocurrency as a sign the concept of digital currency has failed, Armstrong said it's a known pattern of the volatile asset that experts are familiar with called "the halving."

"Every four years, bitcoin draws down an average of 85% (in value)," he said. "And right now with the price down, it's moving that way."

Investors and economists will credit everything from the war in Ukraine to inflation for the drop in the crypto market, Armstrong said, but in reality, crypto experts have always projected 2022 would have a dramatic drop in the market.

"That's the cycle that bitcoin goes through every four years... and when that event occurs, every time we've seen the price of bitcoin go up dramatically, fall dramatically and then rise slowly for about a year and a half," he said.

According to the halving pattern, Armstrong said he expects cryptocurrencies and bitcoin will continue to haemorrhage until the holiday season. To succeed in the market, he said investors cannot be risk averse and be in crypto, though he admits that he's not a financial advisor nor does he claim to be.

"The vast majority of people who make a lot of money in this market, it's over a long period of time. You know, people look at me and they look at my story, they always assume I got rich because I had a lot of bitcoin in the beginning, but I sold it all (the first time)," he said. "It's a long process and people have to understand that, but you had to be able to stomach these extreme market swings."

William Lako, a principal and managing director at Henssler Financial and Cobb Business Journal columnist, said his office has received a fair share of questions from clients about crypto, though they tend to be on the younger side; most older clients are sceptical of investing in an asset they don't understand.

When asked why bitcoin had lost such a significant amount of value in under a year, Lako said there were a few forces at work driving the sell off.

"At the core, you have multi-decade-high inflation driving expectations of tighter monetary policy as we've seen with the Federal Reserve (and many other central banks around the world) embarking on a rate hiking cycle not seen in many years," he said. "This tighter monetary policy means pressure on risky assets from cryptocurrencies to stocks, especially those once high-flying growth names. Couple that with the recent failure of the 'stablecoin' known as TerraUSD and sister token Luna and two crypto platforms filing for bankruptcy after suspending account withdrawals, it certainly exacerbated concerns of further trouble ahead for these digital assets."

Lako, who recommends clients avoid assets like cryptocurrencies while they're in their infancy, said there was a "struggle to find an appropriate measure for which to value them."

"Our philosophy of investing has always been rooted in investing in high quality investments that offer predictable cash flows to investors as it's these cash flows that we can use to estimate what we think the true value is," he said. "But some investors have higher risk appetites than others. However, don't let the FOMO be what drives your decision to invest. If someone feels strongly about the future of these assets, only invest the amount you are comfortable with losing — as in, comfortable with it potentially going to US$0."

Though some equate crypto to "fairy dust," and believe it will all go to zero, another camp argues that the current state of the market is the washout many experienced with tech stocks during the Dot-Com bubble bursting, Lako said. While Lako didn't say he expects all crypto to hit zero, the expectation is that the market will continue to decrease in value while big players such as bitcoin and ethereum are likely to survive.

"We expect that there will be plenty smaller, lesser-known coin projects that will not," he said.

Entering the crypto market has been easier than ever with emerging cryptocurrency exchanges — Coinbase, PayPal and Robinhood being some of the more popular options, Lako said. But whether it's safe is another story; Lako said the word "safe" means different things to different people.

"To some it means the that you have a reasonable amount of certainty as to returns over the long term," he said. "To others, safe means that their money is guaranteed to not lose value. Cryptocurrency prices move very fast and by large amounts, as we've seen, to both the upside as well as the downside. I don't believe that cryptocurrencies check either of those definitions of safe, so I would say no, crypto is not safe, and there is a high degree of speculation involved."

Lako projects some investors who have been burned in the market as prices decline may start to lose confidence. But a group of believers like Armstrong who buy in to the idea of cryptocurrency will likely continue to hold onto their assets.

"There will also be that crowd who perhaps still believes in the idea long-term; however, it is oftentimes difficult to remove your emotions from the picture when you see the value of your cryptos plummet. This is forcing even those who still are believers to exit for the time being," he said.

For those who are in it for the long haul, Armstrong said investing slowly into crypto on a timed schedule can protect them from some of the volatility of the market, but that the volatility is why they invest to begin with.

"But people are right. This is a volatile market, but it's the volatility that we love because the volatility to the downside, it makes us stronger and it gives you patience," he said. "With the volatility to the upside is how you've seen so many people come from nothing — just normal people become millionaires. Not necessarily overnight but in short order, compared to a lot of other ways to make money." – Marietta Daily Journal, Ga./Tribune News Service 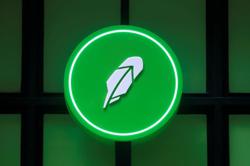