Got an SMS saying your Touch ‘n Go account has been suspended? Company says it’s a scam

Users are urged to verify any information related to TNG directly with the company. — Using phone photo created by Dragana_Gordic - www.freepik.com

PETALING JAYA: Touch ‘n Go eWallet has issued an alert about scammers using the company’s name and branding in their attempt to defraud users through SMS.

The company said in a posting on Facebook that it has not sent out any messages to inform users that money has been credited into their ewallets, or asking them to log into their account through any links. It added that victims who click on such links will be directed to a fake Touch ‘n Go eWallet website where their information will be stolen.

Users are urged to verify any information related to TNG directly with the company through its careline number 03-5022 3888 or reach out to them on official social media platforms.

Various users have shared their responses to the alert by sharing screenshots of the bogus SMSes that they received.

One user claimed to have received an SMS saying that his TNG account has been suspended and he needs to provide an update within 24 hours. The SMS included a link to a fake TNG website claiming to be a “certification centre”. According to the person, the website will say that its system has detected suspicious activities from the user’s ewallet account and they need to log in to perform some authentication measures.

TNG in its response to the user said the website is a scam and urged them to ignore the SMS.

Another user shared a screenshot of the fake TNG website which bears the company’s logo and even a message that says all user data is protected according to the law, which is likely an attempt to fool users into thinking it’s a genuine website. The website also asked for details such as the user’s phone number, PIN and last six digit of their IC.

Previously, both MySejahtera and the Royal Malaysia Police (PDRM) has also issued an alert about a fake SMS scam claiming that users will receive a special Covid-19 assistance funds in the TNG ewallet. 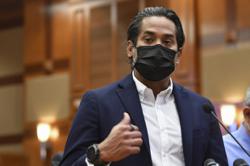 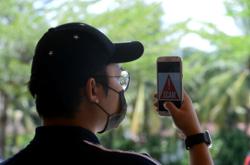 Virtual climate reality: Can ‘digital twins’ help protect us from disasters?
Amid high US inflation, online insurance offers mislead elderly
Twitter under Elon Musk? Most of the plans are a mystery
Australian man arrested in alleged scam of Optus hack victims
This man is one of China’s most outspoken food influencers with millions of fans – he exposes synthetic products like fake steak and milk tea without dairy
Facebook asks users for more help improving its�algorithms
Stepfather sexually assaults girl in front of students in online class, US cops say
Some 16,000 traffic charges ‘dismissed’ – by mistake – after North Carolina courts computer problem
Personal data: A potential gold mine for hackers, say experts
Roblox and�Discord sued over girl’s sexual, financial exploitation